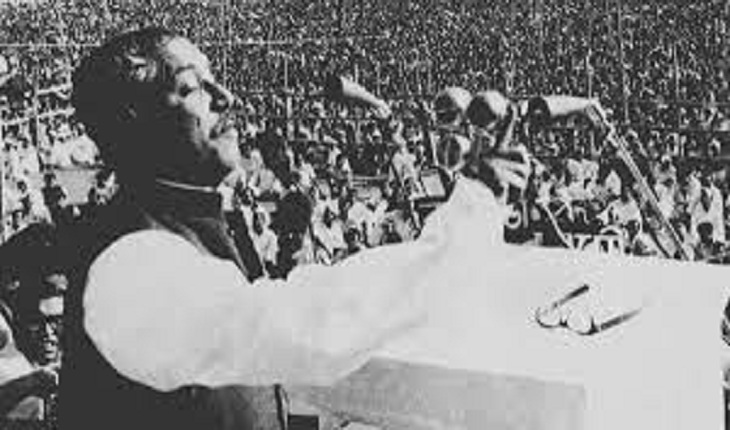 The historic Six-Point Day, marking the demand for autonomy for the then East Pakistan, now Bangladesh, is going to be virtually observed tomorrow across the country amid the second wave of fatal coronavirus outbreak.

On June 7 in 1966, Father of the Nation Bangabandhu Sheikh Mujibur Rahman launched a massive movement against the misrule of the Pakistanis on the basis of the six-point demand, the Magna Carta of the Bengalis demanding autonomy for the then East Pakistan.

Eleven people, including Manu Mian, Shafique and Shamsul Haque, were gunned down by the police and paramilitary EPR on June 7, 1966, in Dhaka and Narayanganj during a hartal called for the release of Bangabandhu and other leaders detained for launching the Six-Point Movement against the then barbaric ruling clique.

Bangabandhu Sheikh Mujibur Rahman launched his historic six-point political and economic programme in Lahore on February 5 in 1966, aiming at attaining greater autonomy for the then East Pakistan in the backdrop of exploitation and discrimination by the then Pakistani rulers.

The six demands were – creating a provision in the constitution for a Federation of Pakistan in its true sense based on the Lahore Resolution, the federal government will deal with only two subjects: Defence and Foreign Affairs, the introduction of two separate, but freely convertible currencies for East and West Pakistan, vesting the power of taxation and revenue collection with the federating units, maintaining two separate accounts for the foreign exchange earnings of the two wings and create a separate militia or paramilitary force for East Pakistan.

Marking the day, the ruling Awami League (AL) urged all to pray for eternal peace of departed souls of all martyrs, including the martyrs of June 7 in 1966 and Liberation War in 1971, who embraced martyrdom for achieving independence and establishing freedom, democracy and progress.