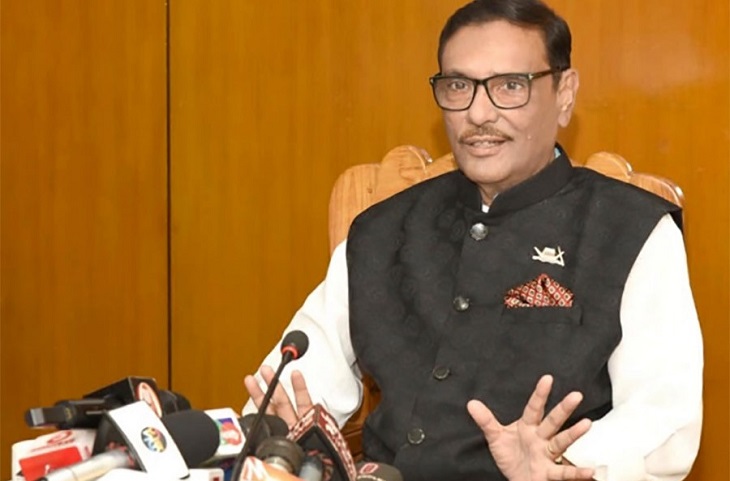 He came up with the remark while addressing a discussion through videoconferencing from his official residence here.

Mohanagar Sarbojonin Puja Committee arranged the discussion at Dhakeshwari Temple in the capital on the occasion of Janmashtami.

Quader, also the road transport and bridges minister, said the stairs of the country's prosperity must be built with the non-communal spirit.

A vicious circle, which is a communal force, is trying to destroy the country's long non-communal tradition and their ill-efforts to create an artificial wall of division will never succeed, he said.

The AL general secretary said the incumbent government has taken a harsher stance against those who want to create an unstable situation in the country and the wrongdoers have no political party.

Urging the country's Hindus community not to think themselves of minority, he said that as a citizen of the country, everyone has the equal rights.

"As a citizen, a member of Hindu community has the equal rights to the state like a Muslim. As long as Sheikh Hasina is there, you have no reason to fear," Quader said.

Condemning the recent attacks on the Hindu community in Khulna and Sunamganj, he said the government has started taking punitive action against the perpetrators to this end.

Recalling the horrific memories of the BNP-Jamaat government in 2001, the AL general secretary said that these horrible memories have not been erased yet as a large number of houses of the Hindu community were destroyed and many Hindu women were humiliated during the BNP-Jamaat reign.