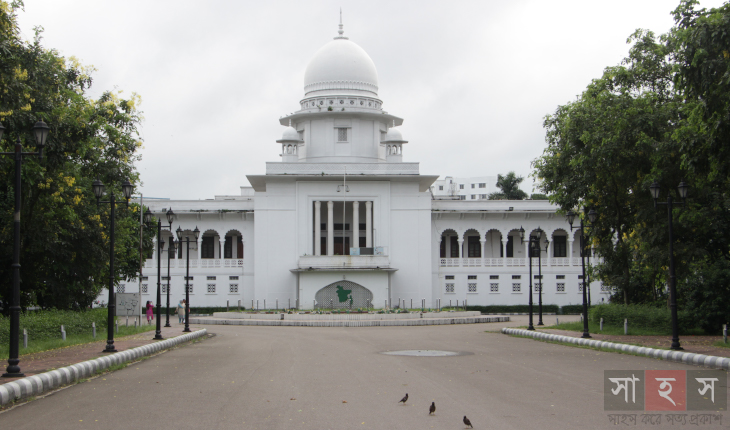 The High Court (HC) today expressed its surprise over the filing of as many as 49 false cases by the Rajarbagh pir (saint) syndicate against a person allegedly after failing to grab his land.

"Just look at the work of this pir sahib. How a pir syndicate is torturing the ordinary people in the name of religion! How they are harassing innocent people! When only one case can ruin the whole life of a man, they have filed so many cases against one person! This is a serious matter," the court said.

A HC division bench comprising Justice M Enayetur Rahim and Justice Md Mostafizur Rahman came up with the observation while hearing a writ petition filed in this regard. The court adjourned the hearing for a week, saying it would look into the matter seriously.

Advocate Emdadul Haque Basir moved the plea before the court, while Deputy Attorney General Bipul Baghmar stood for the state.

The HC on June 14 asked CID to identify the complainants of the cases and also directed the police to take a photocopy of the national identity card of a complainant at the police station while filing the case.

According to the court documents, Ekramul Ahsan Kanchon's ancestral house is situated just behind the Rajarbagh dargah sharif. After his father's death in 1995, his mother, one brother, and a sister became murid (follower) of the pir. The pir took parts of their land in the name of expanding the dargah sharif. But the pir syndicate couldn't make Kanchon and another brother Dr. Kamrul Ahsan Badol give up their part of ancestral land.

As the pir syndicate failed to take Kanchon under their control, they started filing false cases against him across the country.