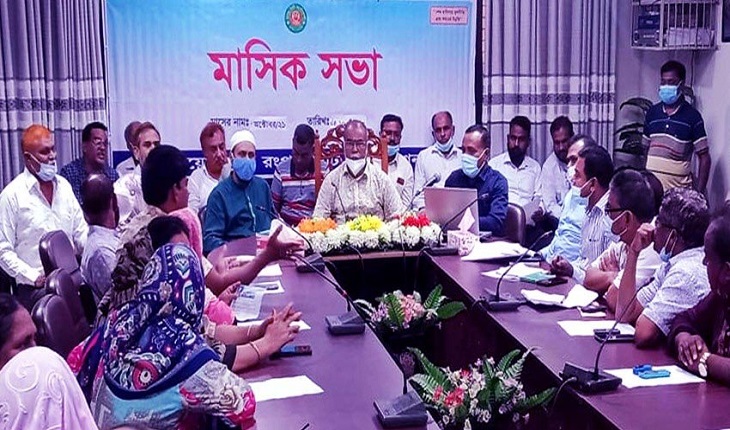 Mayor of Rangpur Mostafizar Rahman Mostafa has stressed on turning Rangpur into a modern city through adopting and implementing need-based projects ensuring transparency.

Mostafa said this while presiding over the regular monthly meeting of Rangpur City Corporation (RpCC) held on Monday afternoon at its conference room in the city.

All city councilors, officials and employees of RpCC attended the event abiding by the health directives of the government in the wake of the Covid-19 pandemic.

A one-minute silence was observed in memory of Father of the Nation and architect of the country's Independence Bangabandhu Sheikh Mujibur Rahman in the beginning of the meeting.

In the meeting, discussion was held on the progress of various ongoing infrastructural development works, taking up more time-befitting and eco-friendly projects and timely completion of those.

Mayor Mostafa suggested all to work unitedly for building an eco-friendly, well planned, modern and beautiful Rangpur city with eye-catching looks and all civic facilities.

He directed all concerned to complete the infrastructural development works timely maintaining the best quality of construction work.