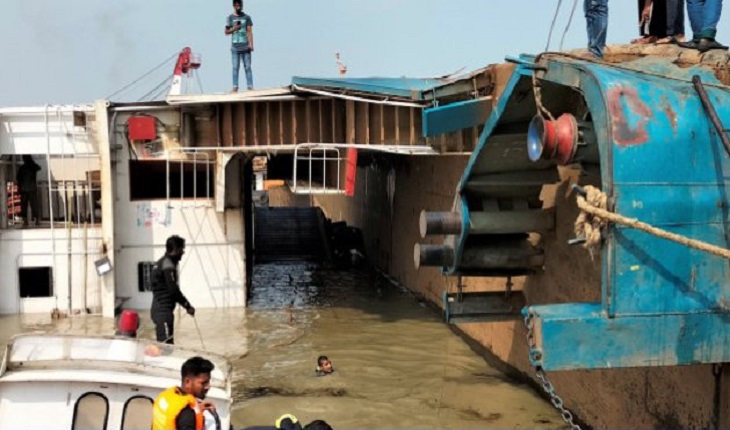 A Ro Ro Ferry loaded with vehicles has tilted at the pontoon of ghat number 5 at Paturia in the district.

The ghat was blocked after the ferry tilted, he said, adding that the authority is trying to solve the problem.

He hoped that the situation would be normal within a short period.

The official said no casualty was reported so far.