SC for not executing convict before release of verdict full text 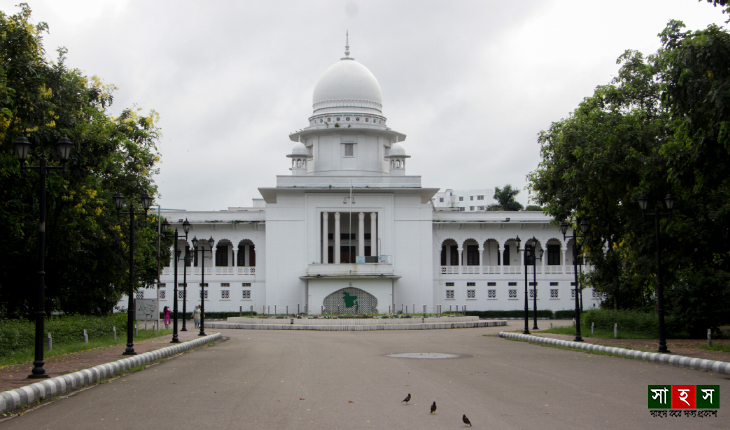 The Appellate Division of the Supreme Court (SC) today ordered prisons authorities not to execute death-row-convict Shukur Ali of Kushtia before release of the full text of its judgement.

The apex court bench headed by Chief Justice Syed Mahmud Hossain came up with the order, asking Attorney General AM Amin Uddin to contact Inspector General of Prisons and inform him about the direction.

The court also asked the concerned defence counsel to file a plea according the law seeking review of its judgement, which dismissed Shukur's appeal against his death sentence.

The court came up with the order as Shukur Ali's lawyer Advocate Helal Uddin Mollah brought the matter to the Appellate Division's notice, alleging the prisons authorities is preparing to hang his client even before the release of full text of the judgement.

The Appellate Division of the Supreme Court on August 18, 2021, upheld a High Court order that maintained death sentence of Shukur, convicted in a case lodged over rape and subsequently murder of 13-year-old girl in Lalnagar under Doulatpur upazilla in Kushtia. The apex court however, commuted the death sentence of three other convicts to life imprisonment.

Kushtia Women and Children Repression Prevention Tribunal on February 4, 2009, convicted and sentenced five accused to death for raping and subsequently killing the girl on March 25, 2004.

The five convicts, Shukur Ali, Kamrul alias Kamrul, Nuruddin Sentu, Ajanur Rahman and Mamun Hossain later appealed with the High Court. Kamu however, died of natural cause before the hearing of their appeal.