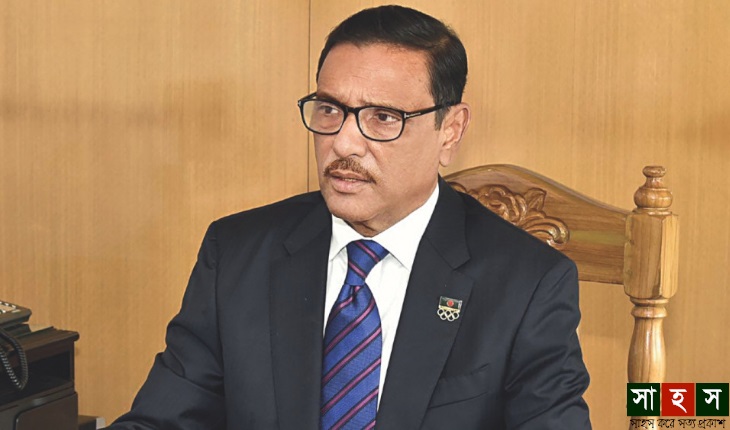 Awami League General Secretary and Road Transport and Bridges Minister Obaidul Quader today raised questions over BNP's contribution to flourishing democracy as the party always creates obstacles in the way to democracy as well as makes an effort to create anarchy in the country.

"What is your role as a political party in developing democracy and advancing democracy in the country?" he asked.

The minister came up with the query while talking to journalists at a press conference held at his official residence here.

Pointing out to the leaders of BNP, he said those, who are creating obstacles in the journey towards thriving democracy, are now shedding crocodile tears for democracy.

Responding to the BNP leaders' statement, he said people, who are reluctant to take part in the elections, do not believe in people's empowerment, earlier conducted elections without voters while in power and created 1.25 crore fake voters, are now talking about democracy.

Urging BNP secretary general Mirza Fakhrul Islam Alamgir to participate in elections as he always speaks about democracy, Quader said, "Why didn't you (Fakhrul) take part in elections? Quader went on saying that it is BNP that showed disrespect to public opinions by not taking part in the election.

Mentioning that the politics of the BNP is full of instability, he said, "Due to this insecurity, BNP has become more frustrated."

BNP has already become convinced that they will not be able to come to the power with the votes of the country's people that's why they are hatching conspiracy against the government and trying to catch fish in troubled water, the minister continued.