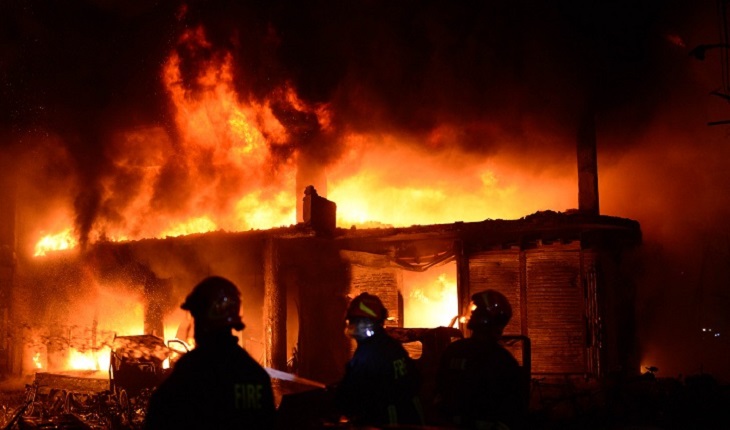 Three maternal cousins were burnt to death in a fire at a house in Chondalbhog village of Turag Police Station on the outskirts of the city.

"Three maternal cousins were killed in the fire that broke out at the house around 4:20 am on Tuesday", officer-in-charge (OC) of Turag Police Station M Mehedi Hasan told BSS.

The deceased were identified as M Jahangir, 20, Ruma Akhter, 18 and Afrin, 12. They all were maternal cousins.

The fire originated from an electric pole and spread to the adjacent tin shed house.

Upon receiving the news, three units of Uttara Fire Station went to the spot and brought the blaze under control.