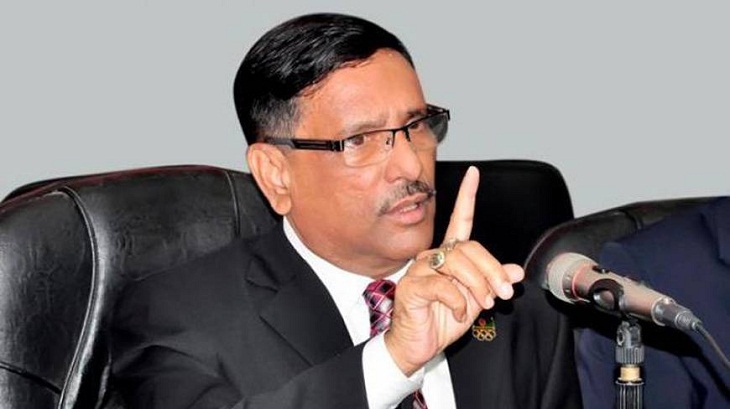 The laundered money should be brought back, Quader, also the roads transport and bridges minister, said at a press conference at the AL President’s Dhanmondi political office.

Speaking at a press conference at the Gono Bhaban on Thursday, Prime Minister Sheikh Hasina brought the corruption allegations on the Zia family “based on information”.

About the BNP leader’s threat to take legal action against the PM if she didn't apologise for the comments, Quader said if the allegations against Zia family were not proven true, the AL would fight them legally.

If they are courageous, BNP should take measures legally, Quader said.