Army chief’s Myanmar visit to open another line of negotiation 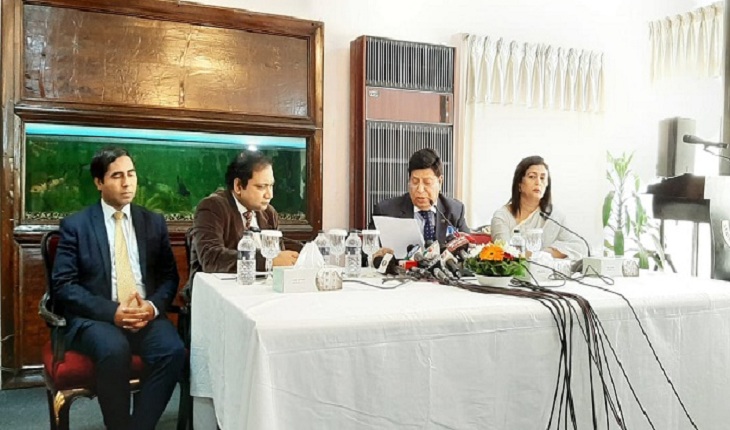 Foreign Minister Dr. AK Abdul Momen said on Wednesday that the Army Chief's scheduled visit to Myanmar would bring good news for Bangladesh and "open another negotiating line" between the two countries on the repatriation of Rohingya.

"I think it (the visit) is going to go for us. It's going to bring good results for us," he told reporters at Padma State Guesthouse.

The Foreign Minister declared Myanmar a friendly country and said by talks they are seeking a solution to the Rohingya crisis.

He briefed reporters on the participation of Prime Minister Sheikh Hasina at next month's 25th UN Conference on Climate Change in Madrid, Spain.

The Prime Minister will be leaving Dhaka on December 1 for Madrid and returning home on December 3, the Foreign Minister said.

"Bangladesh is planting 10 million saplings across the world to mark the centenary of Bangabandhu Nation Father Sheik Mujibur Rahman's birth," he said.