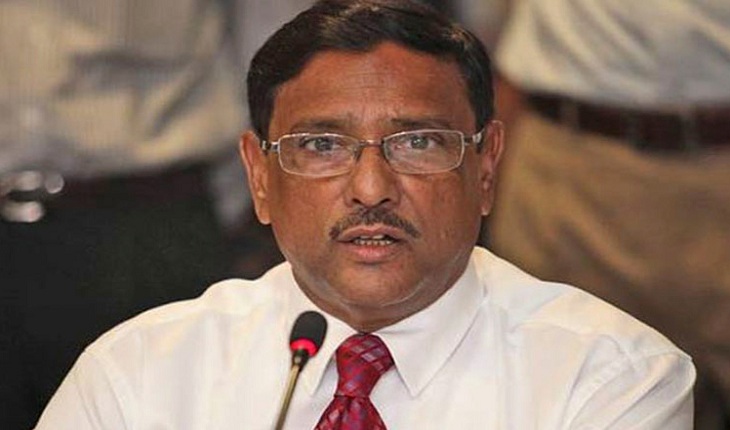 Awami League General Secretary and Road Transport and Bridges Minister Obaidul Quader said on Tuesday all corrupt people remain under surveillance and none of them will be spared.

“All the corrupt people across the country remain under surveillance. Actions will be taken against them in due time. None of them will be spared,” he said while addressing the triennial council of Narail district AL as the chief guest at the Sultan Mancha of Narail Government Victoria College.

Urging to save the dedicated party activists and not to include activists from outside of the party, Quader said, “It is not possible to become a leader by showing billboards rather it requires popularity. There is no need to include ‘hybrids’ in the party bypassing the dedicated leaders and activists”.

Bangladesh has become a role model of development and it has been possible to bring the killers of Father of the Nation Bangabandhu Sheikh Majibur Rahman and war criminals to book as Prime Minister Sheikh Hasina is in the state power, he said.