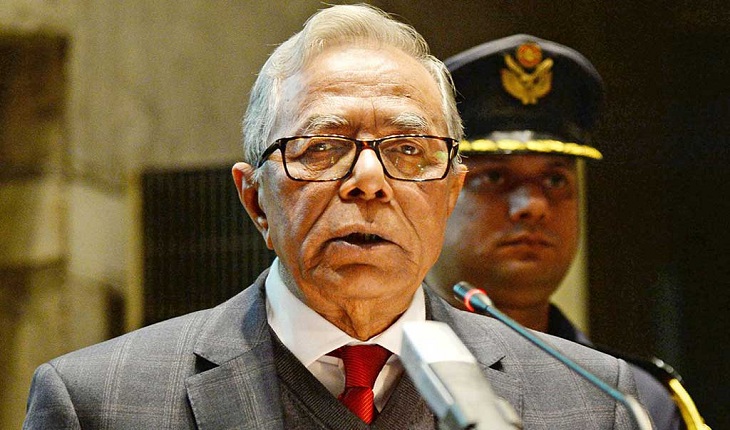 Noting that the financing gap is the main challenge for Bangladesh to attain the Agenda 2030, President Abdul Hamid on Tuesday called for mutual cooperation among the nations and the developed countries to be more active to mobilise required funds.

"It’s not possible for a single country to mobilise the required funds. That’s why we’ve been urging for mutual cooperation among nations, including the developed countries, to be more active," he said.

The President was addressing the inaugural ceremony of the Asia-Pacific conference on “Financing Inclusive and Sustainable Development” at hotel InterContinental Dhaka in the capital.

International Chamber of Commerce (ICC) Bangladesh in collaboration with UN-ESCAP, ICC, ADB and FID organised the programme to celebrate 100 years of ICC.

Abdul Hamid said Bangladesh is one of the most successful countries in terms of achieving the Millennium Development Goals (MDGs).

The government is working actively to attain the Agenda 2030 or SDGs (Sustainable Development Goals), he said, adding that the main challenge for Bangladesh as well as other developing countries is to fill the financing gap.

The President said the government has already created an enabling and friendly environment for business and investment alongside aligning trade and industrial policies.

To attract more and sustainable foreign and domestic investment, the government of Bangladesh has decided to set up 100 economic zones across the country, said Abdul Hamid, adding that Bangladesh Economic Zones Authority (BEZA) is working in this regard.

He said the government has taken specific and integrated programmes to accomplish its goals of transforming the country into a middle-income one by 2021 and a developed one by 2041.

Like MDGs, SDGs will also be implemented in time resulting in the establishment of a developed and prosperous country, the President added.

Get ready to prevent abuse of technology: President to Armed Forces