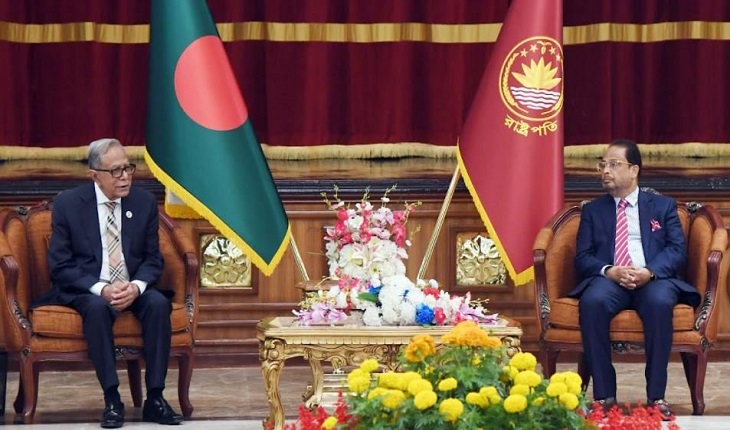 President M Abdul Hamid today sought cooperation of political parties and civil society in forming an "acceptable Election Commission" (EC) as he began consultations, with Jatiya Party (JaPa) appearing as the first political party to take part in the dialogue.

"Cooperation of all political parties and civil society members is a must to constitute the Election Commission as a very important institution," President's Press Secretary Md Joynal Abedin quoted him as saying during the talks with main opposition party in parliament.

Abedin told BSS that JaPa floated some proposals for presidential consideration as an eight-member delegation led by its Chairman GM Quader MP met him at Bangabhaban this afternoon as part of the dialogue process.

The Bangabhaban spokesman said President Hamid sought opinions and suggestions of different political parties to form an "independent, neutral, acceptable, strong and effective Election Commission" to conduct national elections as well as the local government ones "in a free, fair and credible manner".

The current EC's five-year term ends on February 14 next year.