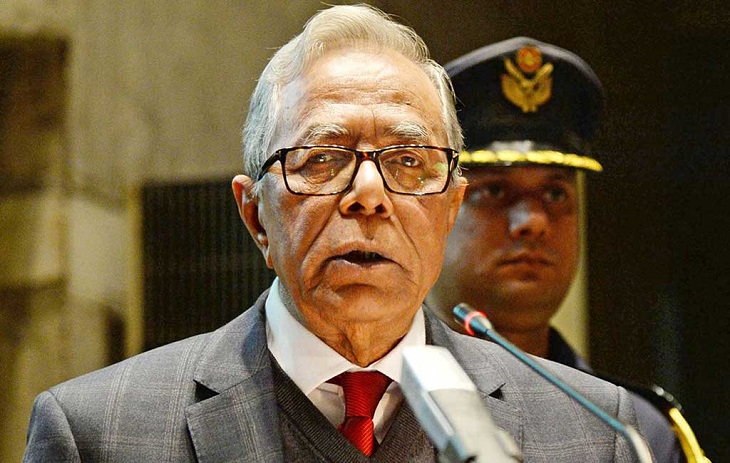 President M Abdul Hamid today opened the centenary celebrations of premier Dhaka University (DU), recalling its magnificent role in Bangladesh’s political history alongside academic arena in the past one century, and called for upholding its aura in global stage through enhanced education quality.

“Dhaka University is a spirited lighthouse for the Bengali nation’s education, culture, research and innovation, history and heritage, exercise for free thoughts, progressive ideas, nation building and patriotic conscience,” he said inaugurating the celebrations at the University’s Central Playground.

The President said Dhaka University was established against the backdrop of an “historic” political turning point backdrop of the region while in subsequent periods it lit a chain of bacons to shape the Bengalis hopes and aspirations alongside appearing as a hub of knowledge of generations in the global academic arena.

The President, who is also the chancellor of the university, said the course of time expanded Dhaka University’s academic activities and infrastructures while simultaneously it must enhance the education quality so its students could achieve the international standard in their respective fields.

President asks to remain alert against misuse of IT