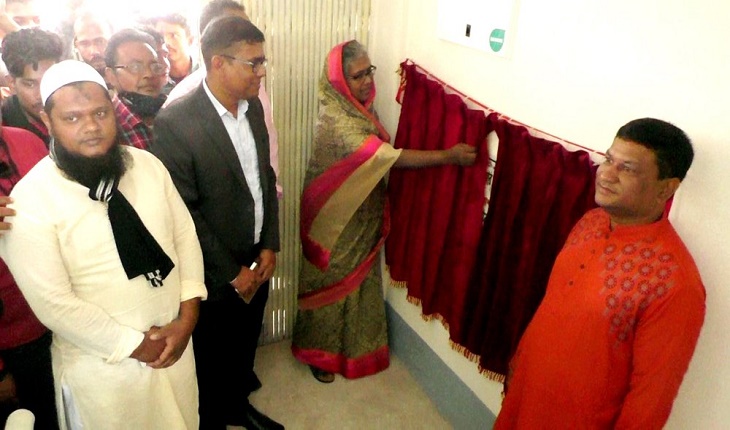 A new academic building of Kabiler Bazar Govt Primary School under Malibari union of Sadar Upazila in the district was inaugurated on Saturday amid much enthusiasm to the teachers, students and guardians.

Whip of the Jatiya Sangshad and local lawmaker Mahabub Ara Begum Gini formally inaugurated the newly constructed building by unveiling a plaque at the school campus as the chief guest.

Speaking on the occasion, WHIP Gini said the government led by Prime Minister Sheikh Hasina has been working relentlessly since 2009 for overall development including infrastructural one of the education sector.

She also urged the teachers to be more serious and professional to ensure quality teaching among the students to make themselves worthy citizens of the country so that they could lead the nation towards desired development in the future.

Executive engineer Sabiul Islam told the BSS the academic building with modern facilities was constructed at the cost of TK 82 lakh under the direct supervision of LGED.

A large number of people from all walks of life including political leaders and the local elite were present on the occasion.