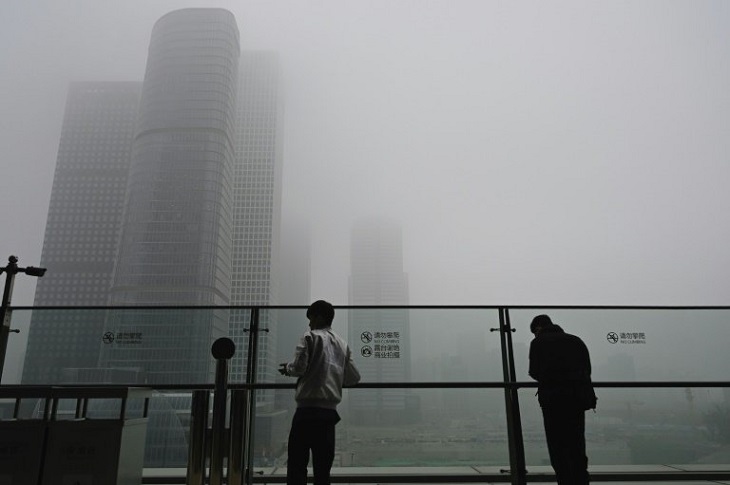 Highways and school playgrounds in Beijing were closed Friday due to heavy pollution, as China ramps up coal production and faces scrutiny of its environmental record at make-or-break international climate talks.

World leaders have gathered in Scotland this week for COP26 negotiations billed as one of the last chances to avert catastrophic climate change, though Chinese President Xi Jinping made a written address instead of attending in person.

China -- the world's largest emitter of the greenhouse gases responsible for climate change -- has ramped up coal output after supply chains in recent months were roiled by an energy crunch owing to strict emissions targets and record prices for the fossil fuel.

A thick haze of smog blanketed swathes of northern China on Friday, with visibility in some areas reduced to less than 200 metres (yards), according to the country's weather forecaster.

Authorities in Beijing blamed the pollution on "unfavourable weather conditions and regional pollution spread" as schools in the capital -- which will host the Winter Olympics in February -- were ordered to stop physical education classes and outdoor activities.

Stretches of highways to major cities including Shanghai, Tianjin and Harbin were closed Friday due to poor visibility.

Pollutants detected Friday morning by a monitoring station at the US embassy in Beijing reached levels defined as "very unhealthy" for the general population.

Levels of small particulate matter, or PM 2.5, which penetrate deep into human lungs and cause respiratory illnesses hovered around 220 -- far above the WHO recommended limit of 15.

The smog is likely to persist until at least Saturday evening, according to city officials.

China said earlier this week it had increased daily coal production by more than one million tonnes to ease an energy shortage that had forced factories to close in recent months.

Rapid industrialisation has made China no stranger to air pollution, although severe smog episodes have become less frequent in recent years as authorities have increasingly prioritised environmental protection.

Beijing has pledged to bring emissions of planet-heating carbon dioxide to a peak by 2030 and reduce them to net zero by 2060.

China hit back Wednesday at criticism by Joe Biden, saying "actions speak louder than words" after the US president accused Beijing of not showing leadership to combat climate change.

China generates about 60 percent of its energy from burning coal.

EU leaders seek unity on how to face China, US