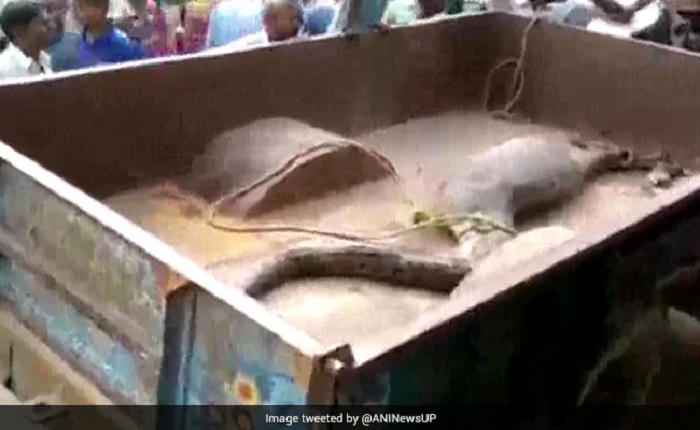 The Forest Department rescued a python from Sihari village of Rampur district in Uttar Pradesh of India and released it in a nearby forest on Sunday.

As per it, the python had consumed a large prey due to which it was unable to move and locals have also been advised not to panic due to its presence.

Speaking to ANI, Rajiv Kumar, Divisional Forest Officer, "Our team reached the spot immediately after getting information that a python was found in Sihari village of the Rampur district. The team rescued it and released it in the nearby forest.

"It seemed to have consumed a large goat, because of which it was unable to move. Locals were initially scared. But we asked them not to get frightened, as python is a harmless snake and is non-poisonous," he added.