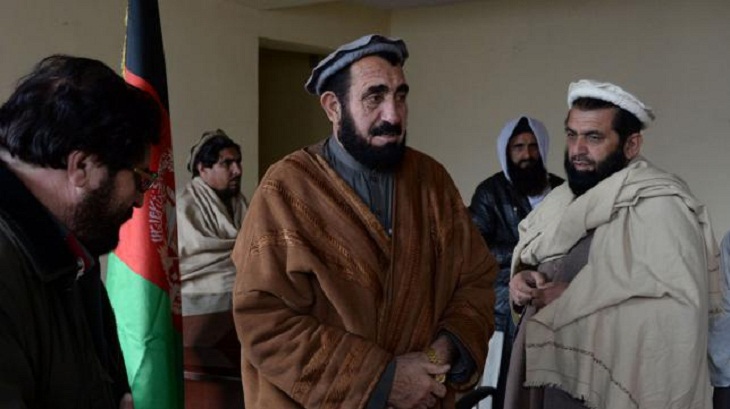 Two Afghan friends were incarcerated together at Guantanamo Bay, but they chose starkly divergent paths after release-one became an Islamic State jihadist, the other joined the US-led government fight to crush the group.

Haji Ghalib and Abdul Rahim Muslim Dost, whose friendship coalesced around a shared love for poetry, were scooped up in the post-9/11 American dragnet and shipped off to the prison camp in Cuba.

Their journey encapsulates Guantanamo’s failed legacy in the fight to expunge radicalism, as President Donald Trump appears set to reverse previous US efforts to scale it back.

“Guantanamo is the worst place on Earth,” said Ghalib, who estimates he is 49, deep creases lining his gaunt face.

“Every day I ask myself the same questions: ‘Why was I taken? Why did they ruin five years of my life? Why is there no justice, no compensation?’”

After burnishing his reputation as a fearsome commander against the Soviets and the Taliban, Ghalib was serving in the Afghan police in 2003 when he was unexpectedly accused of insurgent links.

Authorities ignominiously stripped him of his post, tore his uniform off publicly, and sent him to Guantanamo until the American military concluded in 2007 that he was “not assessed as being a member of Al Qaeda or the Taliban”.

When freed, Ghalib channelled his resentment to fight not the Americans but those he calls the “real enemies of Afghanistan”-the Taliban and, recently, Islamic State jihadists, who are making inroads into the country.

That includes his former friend Muslim Dost, who Western and Afghan officials describe as a top IS commander in eastern Nangarhar province, and who was released from Guantanamo two years before Ghalib.

A gifted demagogue, Muslim Dost spent his time inside Guantanamo praying and preaching to other inmates about jihad alongside 9/11 accused Khalid Sheikh Mohammed.

“When he preached the inmates wept,” Ghalib recalled. “They were left shaken by his loud, mesmerising voice.”

One verse published in the book “Poems of Guantanamo” by US law professor Marc Falkoff reads:

“Consider what might compel a man to kill himself, or another

“Does oppression not demand some reaction against the oppressor?”

“Guantanamo is a seedbed of terrorism,” said Kako, 35, who was imprisoned along with his cousin Ghalib and returned to be a corn farmer. “It gave legitimacy to fanatics like Muslim Dost.”

Guantanamo, opened in 2002, remains a lightning rod for anti-American sentiment.

Nearly a quarter of the total number of detainees were Afghans, most later found to be noncombatants who were mistakenly apprehended or wrongfully turned over by local bounty-hunters or personal rivals.

“Arbitrary detention was a powerful factor driving some Afghans to insurgency, helping spark a new phase in a long and bitter conflict,” said “Kafka in Cuba”, a recent report from the Afghanistan Analysts Network.

The report by AAN analyst Kate Clark revealed that eight of the longest-serving Afghan detainees were held on “vague accusations, rife with hearsay, gross errors of fact and testimony obtained under duress and torture”.

“It is now 16 years since the US began its intervention in Afghanistan and 15 years since it sent the first Afghans to Cuba. Yet the conflict, like America’s dilemma of what to do with its legacy of war on terror detainees, shows no sign of ending.”

Barack Obama, who sought to shut down Guantanamo, shipped detainees out until the last days of his presidency. But Trump may be set to bar the transfers and bring in new detainees, US media have said, citing a draft executive order.

“America may consider Guantanamo a necessity, but they need to differentiate between fundamentalists and patriots,” Ghalib said.

Ghalib, seen as a loyal US ally, is the district chief of Bati Kot in Nangarhar, a patchwork of rolling hills and orange and melon farms sandwiched between Taliban and IS bastions.

His loyalty is undergirded partly by personal tragedy. In 2013, the Taliban killed his brother guarding a highway project in Nangarhar.

Just weeks later, the Taliban dug explosives at the grave site where Ghalib’s extended family had gathered to mourn, killing 18 people including his two wives and grandchildren.

His eldest son brought more sobering news, a walkie talkie snatched from the Taliban dangling from his chest, as Ghalib spoke to AFP inside his fortified base.

A close relative, who had poured him tea just minutes earlier, had been killed in a hit-and-run shooting as he stepped out of the base.

Ghalib turned pensive, his face dropping into his hands.

“People like Muslim Dost are fighting foreigners but mostly killing Afghans,” he said as he composed himself. “If I ever see him on the frontline I won’t let him go alive.”