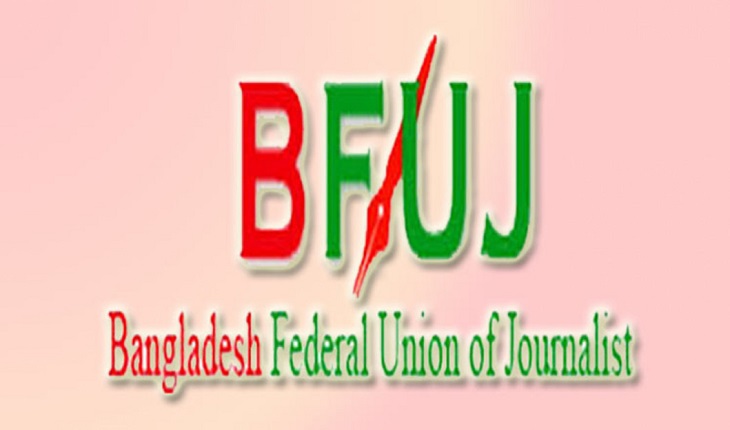 The newly elected Executive Committee of the BFUJ-Bangladesh Federal Union of Journalists today took over the charge of the union for the next three years.

The outgoing committee has handed over the charges to the newly elected BFUJ President Omar Faruque and Secretary General Dip Azad through a joint meeting held at its office of the Jatiya Press Club (JPC) here.

After assuming the office, the president and the secretary general vowed to work for upholding the dignity of the union and accelerate the movement for realizing rights of the journalists.