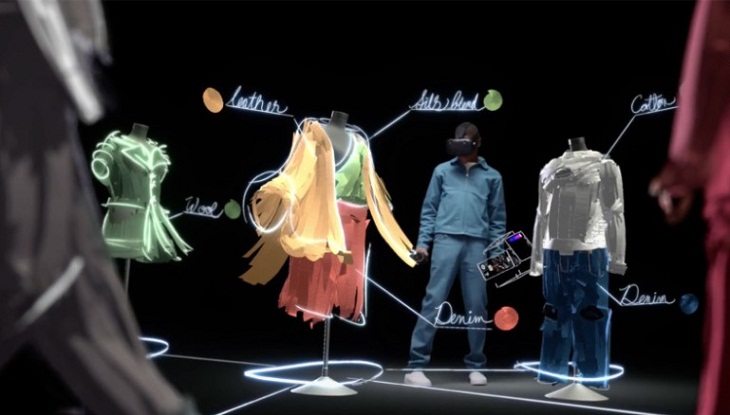 Artists, put down your brushes. It's time to step into the world of virtual reality. Google has unveiled Tilt Brush, its new app set to revolutionize the definition of painting and push the boundaries of what it can represent.

With the swipe of a digital brush users wearing a connected HTC Vive headset can paint life-sized, three dimensional strokes of just about anything -- even drawing with impossible materials such as fire, snow and stars.

The immersive space is an obvious draw for installation artists, but there are multiple creative avenues for the app.
Tilt Brush has the potential to drive change in the fashion industry, as illustrators can paint with textured fabrics such as denim, silk and cotton, as well as leather. Designers can flesh out their creations to scale and step around their work in progress, viewing it from every conceivable angle -- and share it with Tilt Brush users around the globe.

The app, which is bundled in with the HTC Vive, has already become a plaything for a select group of artists invited by The Google Cultural Institute to trial the technology in Paris earlier this year.

"I had this idea of what I wanted to do, but when I entered the virtual space, at that moment everything changed," says calligrapher Said Dokins.
Faith47 explains that you're leaving the two dimensional world behind and "basically sculpting your drawing."
"What really struck me was the ability that this has for this to be a platform for installations in museum and gallery space," said Cuban-American artist Jorge Rodriguez-Gerada on how the technology could be applied.