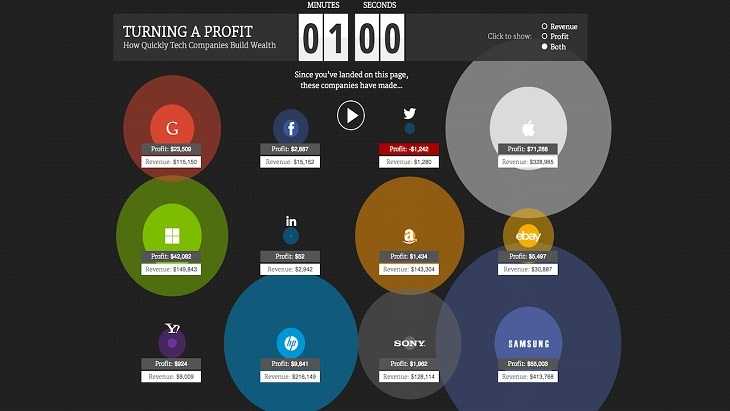 Whenever we talk about the biggest technology companies in the world, some of the names that almost always come up are Apple, Alphabet (parent of Google), Microsoft, Amazon and Facebook.

All of these tech giants have revenues running into billions of dollars, which they earn through different digital products and services.

Ever wondered how much these companies’ biggest products contribute to their total revenue? Read on to find out. Note: The list is based on a recently shared report by Visual Capitalists website.

Apple
The major part of Apple’s revenues, according to the Visual Capitalists report, comes from the iPhone. While the iPhone contributes 63% to Apple’s revenues, the iPad and iMac bring 10% and 11% of revenue respectively. Other products such as accessories and more bring 5% revenue, while services such as iCloud, Apple Music, iTunes and more generate 11% of the total revenue.

The Redmond-based technology corporation has the most evenly distributed revenue table. Microsoft Office generates 28% of the company’s revenue, followed by Windows Server & Windows Azure, which bring in 22% revenue. The Xbox division, Windows OS, Bing & other advertising, as well as the Surface division generate 11%, 9%, 7% and 5% revenue respectively. The remaining 18% is classified as ‘Other’.

Alphabet
The parent company of Google, Alphabet gets majority of its revenue (88%) from advertising using Google AdWords and YouTube. Google Play services and Pixel products bring in 11% of the revenue share. Other subsidiaries like Nest, Verily, Google Fiber and more generate 1% of the total revenue, says Visual Capitalists report.

Facebook
Social media giant Facebook, as expected, generates its massive revenue from Facebook Ads. This division alone contributes up to 97% of the company’s total revenue. Remaining 3% is classified under ‘Others’ by the report.

Amazon, the world’s largest e-commerce company, gets majority (72%) of its revenue from the online shopping business. Amazon Prime and other media services bring in 18% of the total revenue, followed by Amazon Web Services that contributes 9% of total share. 1% is generated by the ‘Others’ segment, according to Visual Capitalists report.