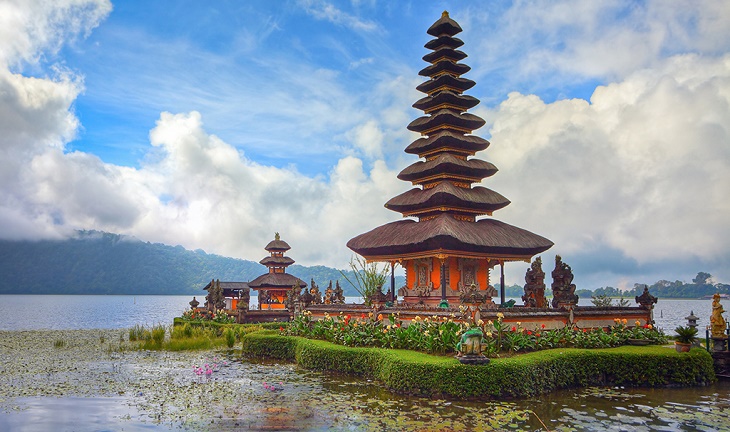 Indonesia has opened a few of its borders to foreigners after the Ministry of Law and Human Rights issued a ministerial regulation that reopens applications for tourist and limited stay visas for fully-vaccinated travelers.

"Previously, only foreigners with diplomatic and service visas are allowed to enter the country. With today's issuance of Ministerial Regulation No. 34/2021, those with existing valid tourist and limited stay visas are also allowed to enter Indonesia," the Directorate General of Immigration's spokesman Arya Pradhana Anggakara said in a statement on Thursday.

The aforementioned seaports and land borders have been reopened for international tourists as of Thursday, and the two airports since Friday, the Transportation Ministry's spokesperson Adita Irawati said in a recent press release.

On Friday, Coordinating Minister for Maritime and Investment Affairs Luhut Binsar Panjaitan also said that the government is likely to reopen its resort island of Bali for international tourists starting October due to the recent decline in the number of daily COVID-19 cases in Indonesia.

"If the number of cases continues to drop, we are confident to reopen Bali in October," Panjaitan said at a virtual press conference, adding that Indonesia will prioritize foreign tourists from countries with controlled COVID-19 cases.

Travelers who want to enter the archipelago, both Indonesians and foreigners, must be fully vaccinated besides showing vaccine certificates and negative PCR test results taken no longer than 72 hours prior to the departure time, according to a press release from the Transportation Ministry issued on Thursday.

Upon arrival, the travelers have to take another PCR test and must undertake eight days of quarantine if declared negative.

One more negative result of the PCR test will be required on the eighth day.

Both Indonesians and foreigners are required to fill out the Electronic Health Alert Card (E-HAC) inside the PeduliLindungi contact tracing application.

A foreigner must also show a proof of being covered by health insurance, which is expected to cover the individual's health expenses, including for COVID-19, while staying in Indonesia.

"In total, there were 15,343 foreigners that entered Indonesia between Aug. 1 and Sept. 17, with 22,122 foreigners leaving the country during the same period," Sam Fernando, head of the immigration office's public relations and information technology division, told media on Friday.

During the same period, there were also 51,658 Indonesians arriving back in the country and 50,925 Indonesians leaving the archipelago.

On Friday, the Health Ministry recorded 3,835 newly-confirmed COVID-19 cases with 219 deaths compared with over 20,000 new infections just one month ago.