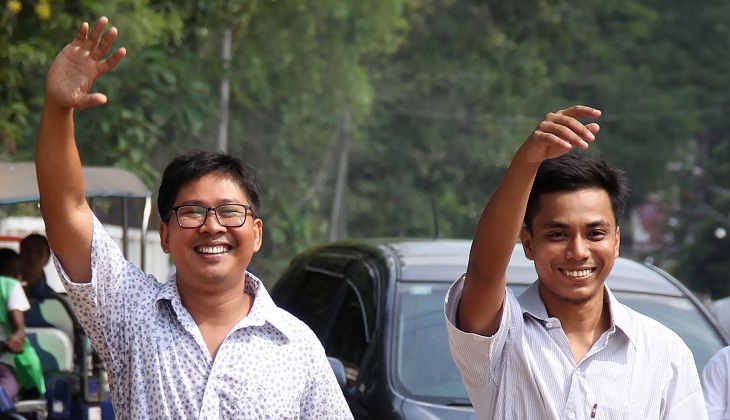 The chief of Yangon's Insein Prison says two Reuters journalists who were imprisoned for breaking the country's Officials Secrets Act have been released.

Myanmar's Supreme Court on April 23 rejected the final appeal of the two against their seven-year prison terms.

Their convictions were related to reporting on security forces' abuses of the country's Muslim Rohingya minority.

No progress so Rohingya can return to Myanmar: UN aid chief

Myanmar Supreme Court to rule on appeal of Reuters reporters