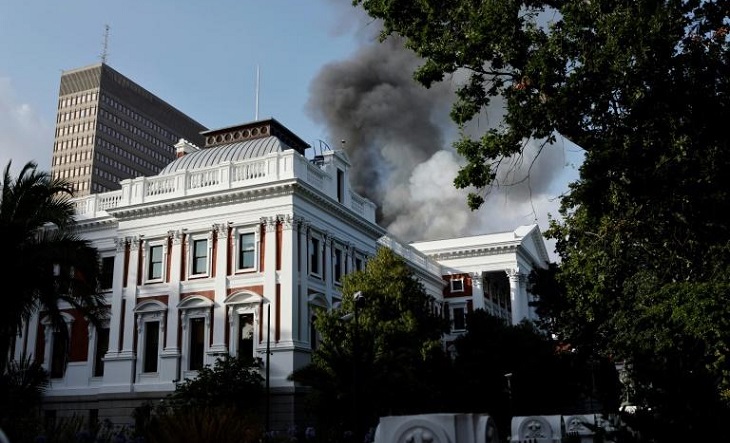 A major fire broke out in the South African parliament building in Cape Town on Sunday, said AFP reporters at the scene.

Firefighters were present at the building as large flames and a huge column of smoke were seen at around 0530 GMT.

"The roof has caught fire and the National Assembly building is also on fire," a spokesman for the city's emergency services told AFP, requesting reinforcements at the scene.

"The fire is not under control and cracks in the walls of the building have been reported," he added.

Images seen on social media -- and not verified by AFP -- showed a mass of flames licking through what appeared to be the roof of one of the parliament buildings.

There was no indication of what may have started the fire.

The Houses of Parliament in Cape Town consist of three sections, including the original and oldest building that was completed in 1884.

In April last year, a fire ravaged part of The University of Cape Town's library housing a unique collection of African archives.