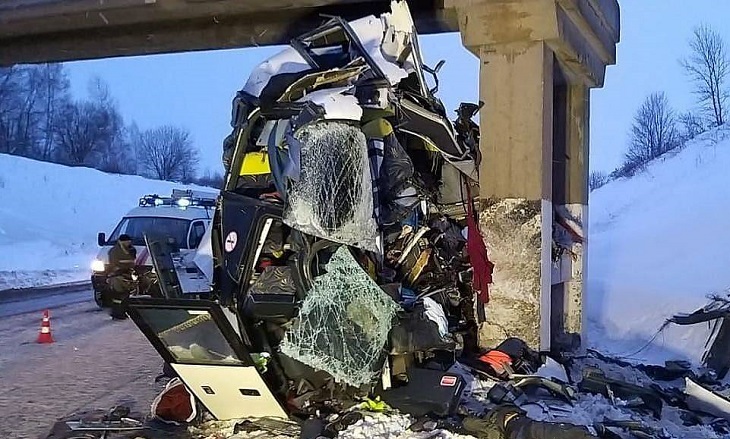 Five people were killed and another 21 suffered injuries in a bus crash in Russia's Ryazan region, the Interior Ministry said in a statement.

"According to updated information, 21 people suffered injuries in the accident," the statement reads.

A doctor at the Skopin district medical center told TASS that the two kids had serious injuries.

According to the regional traffic police, a Neoplan bus crashed into a railway bridge abutment at 05:45 am local time. There were a total of 49 passengers on the bus.

According to initial reports, the driver lost control of the bus.