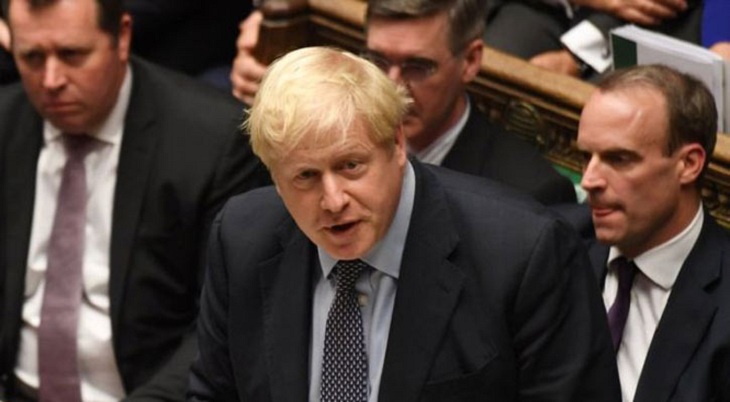 EU ambassadors are to meet to discuss what length of Brexit extension to offer the UK, as MPs consider UK Prime Minister Boris Johnson's call for an early election.

Most EU states are understood to favour a three-month delay, with an option to end earlier if a deal is ratified sooner than this by Parliament.

But France has argued for a shorter extension to the 31 October deadline, reports BBC.

It comes after the PM said he would give MPs more time to debate his Brexit deal if they backed a 12 December poll.

The government has said it plans to bring forward a Commons vote on an early general election on Monday if the EU offers a delay until January, as is widely expected.

But the chances of enough MPs backing the motion - which under the Fixed-Term Parliaments Act requires the support of two-thirds of MPs - appear uncertain, with Labour not committing to how it plans to vote.

On Thursday night, there were reports the party's official position was to abstain on the vote, ending any chance of it gaining enough support.

But in an interview later, leader Jeremy Corbyn said: "Take no deal off the table, and we absolutely support an election."

The EU's decision on what length of extension to offer - which will be discussed in a closed-door meeting in Brussels on Friday morning - comes after Mr Johnson was compelled by a law passed by MPs to send a letter to the bloc requesting a delay.

Before sending the letter on Saturday, he had repeatedly promised the UK would leave the EU by Halloween.

The letter, which the prime minister was made to send by the so-called Benn Act, calls for Brexit to delayed until 31 January 2020.

IMF’s Georgieva hopes ‘the will holds’ for a Brexit deal

Europe endorses Brexit deal and urges UK MPs to back it

Johnson in election mode as he visits Scotland after Brexit setbacks