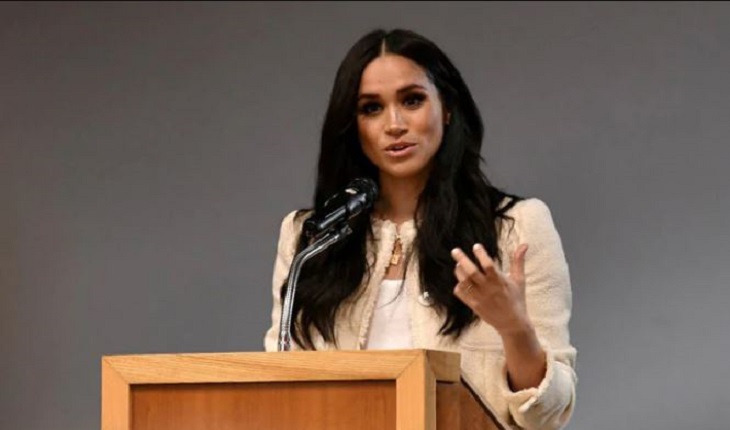 Meghan, Britain's Duchess of Sussex, has revealed that she had a miscarriage, an extraordinarily personal disclosure coming from a high-profile British royal.

The wife of Prince Harry and former actress wrote about the experience in detail in an opinion article published in the New York Times on Wednesday, saying that it took place one July morning when she was caring for Archie, the couple's son, reports BBC

"I knew, as I clutched my firstborn child, that I was losing my second," Meghan wrote, describing how she felt a sharp cramp after picking up Archie from his crib, and dropped to the floor with him in her arms, humming a lullaby to keep them both calm.

Meghan described how she and her husband were both in tears as she lay in a hospital bed hours later.

"Losing a child means carrying an almost unbearable grief, experienced by many but talked about by few," she wrote.

"In the pain of our loss, my husband and I discovered that in a room of 100 women, 10 to 20 of them will have suffered from miscarriage. Yet despite the staggering commonality of this pain, the conversation remains taboo, riddled with (unwarranted) shame, and perpetuating a cycle of solitary mourning."

The intimate details shared in the article are strikingly at odds with the usual policy of senior members of the British royal family, who reveal almost nothing about their personal lives.

Harry's grandmother, Queen Elizabeth, has never discussed her private life in any media article or interview in her 68-year reign.

However, there is intense global media interest in the senior royals, especially when it comes to family matters such as the birth of children.

Harry's older brother Prince William and his wife Kate appeared in front of TV camera crews and photographers outside the London hospital where Kate gave birth to her three children shortly after each birth, each time with their newborn baby.

Despite the media frenzy, however, William and Kate have revealed almost nothing of substance about their home life.

A source close to Harry said the Duke had discussed the article with the royal family beforehand.

Meghan and Harry married in May 2018 in a glittering ceremony televised around the world, but the period after their wedding was tumultuous, with the couple falling out publicly with some British media and opening up about their struggles.

They stepped back from royal duties and moved to the United States earlier this year to try and forge a new role for themselves outside the constraints of life in Britain's strictly codified royal bubble.

The byline on the New York Times article was "Meghan, the Duchess of Sussex", and she was described as "a mother, feminist and advocate".

Meghan wrote that 2020 had brought many people to breaking points, and called on people to put aside political differences and other divisions and show some care for each other.

"So this Thanksgiving, as we plan for a holiday unlike any before - many of us separated from our loved ones, alone, sick, scared, divided and perhaps struggling to find something, anything, to be grateful for - let us commit to asking others, 'Are you OK?'," she wrote.

"As much as we may disagree, as physically distanced as we may be, the truth is that we are more connected than ever because of all we have individually and collectively endured this year."