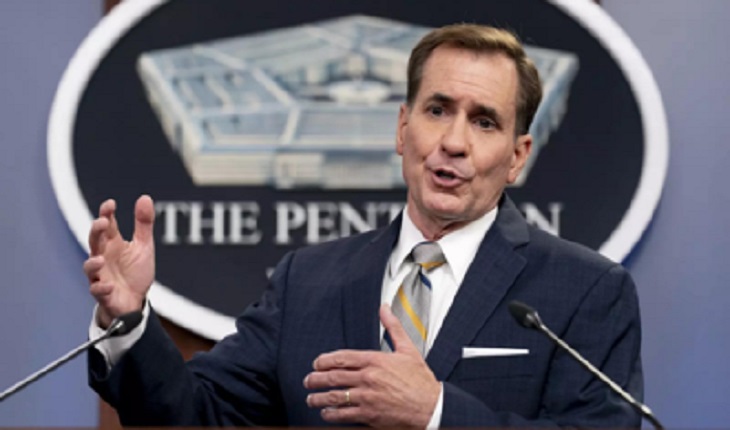 Defense Secretary Lloyd Austin "shares the same concerns that so many of these veterans groups and individual veterans have for our Afghan allies that are still there and still want to leave the country," Kirby told reporters.

"You've heard him say many times that we believe we have a sacred obligation to those who helped us over the last 20 years," the spokesman said. "Nothing's changed about that so he shares their concerns and he welcomes their input."

A number of former members of the US military who were stationed in Afghanistan have remained in touch with the Afghan troops they served alongside with or with their Afghan interpreters, and have expressed concerns about their fate now that the Taliban have retaken power.

Some US military veterans launched private initiatives to help their former Afghan colleagues flee the country, sneaking them into Kabul airport for evacuation flights.

A group called the "Pineapple Express" claimed to have helped with the evacuation of 630 Afghans and is reportedly continuing its efforts to get people out of the country.

Kirby said there is no active US military role in these efforts.

The Pentagon spokesman also said that flights of Afghans to the United States from third countries for resettlement would be paused for at least a week after several cases of measles were diagnosed among the evacuees.

"There have been five diagnosed cases of measles among new arrivals so far," Kirby said.

The United States and its allies flew more than 120,000 people out of Afghanistan in one of the largest airlifts in history.

UN to allocate $20 mln to support humanitarian operation in Afghanistan