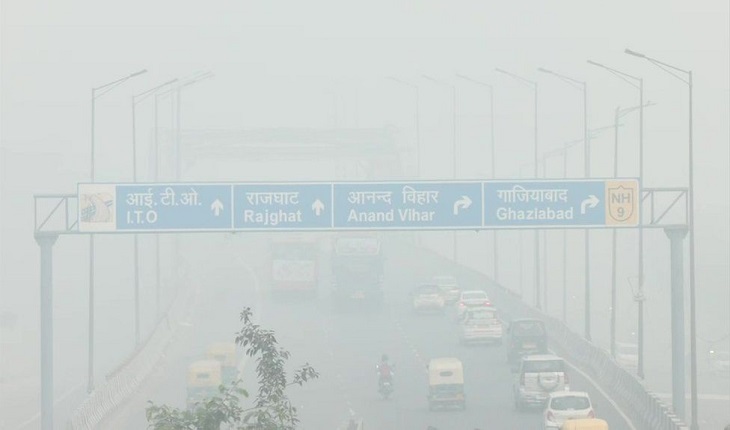 Hilly areas of India's Uttarakhand and Himachal states have been witnessing a huge rush of visitors in past few days as air pollution in Delhi and adjoining areas took a serious turn causing respiratory complications of the residents.

Pollutions from farm fires hit the season high and stayed in the "severe zone" for the third straight day forcing residents in the National Capital Region (NCR) to head towards hills searching for fresh air and minimizing the risk of respiratory ailments, media reports said today.

Severe category of air pollution coupled with smoke engulfed the city sky during the last few days especially in the morning forcing the residents to stay home and minimize their outdoor activities.

According to the Central Pollution Control Board's 'Sameer' app, Delhi's air quality index (AQI) stood at 420, in the "severe" category yesterday morning. In Uttarakhand, the AQI level in Dehradun and Mussoorie hovered around 90, which is considered 'satisfactory'.

Media reports from different tourist destinations in hilly areas such as Nainital, Mussoorie, Almora and even in Bhimtal and Lansdowne said that a large number of tourists from Delhi had arrived just before Diwali and spent two to four days here.

"But now, many have extended their stay and are opting for home stays located on the outskirts of the town," reports added.

The Times of India quoting President of Hotel and Restaurant Association of Uttarakhand, Sandeep Sahni, reported that traditionally, people did not venture out on Diwali, but now they are noticing that the trend is changing. "Nowadays, an increasing number of people from Delhi visit Uttarakhand during festivals. An important factor might be the high pollution levels in Delhi during Diwali."

The air quality in the capital plunged into "severe category" on November 5, a day after Diwali for the first time since January, due to a blatant violation of the ban on bursting of crackers and the increase in the number of farm fires, the Hindustan Times reported today.

According to the IMD, visibility at the Palam airport was recorded yesterday between 1200 and 2200 metres throughout the day, while wind speed was around 10 km/hr during the day.

Meanwhile, most heads of schools in Delhi and its adjoining areas have decided to limit their outdoor physical activity till the air quality improves.

Jyoti Arora, principal of Mount Abu Public School in Rohini, which reopens for in-person classes on Thursday, said, "As pollution peaks, especially after Diwali, we abort outdoor physical activity and will continue to do the same once we reopen," she told the Hindustan Times.