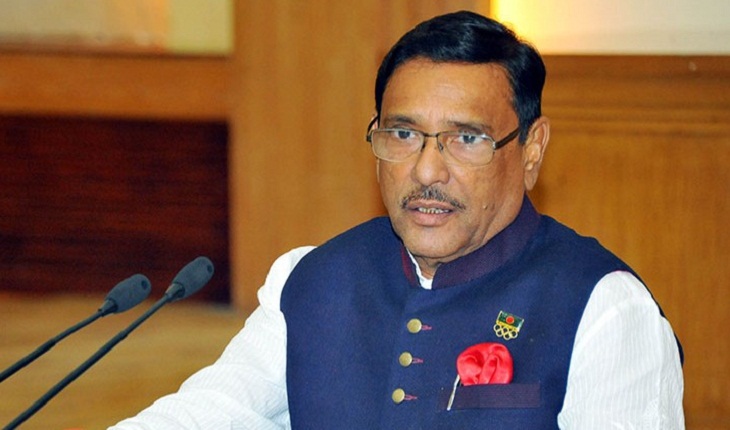 Road Transport and Bridges Minister and general secretary of ruling Awami League Obaidul Quader on Tuesday said BNP has to participate in the next general election, if they don’t want to risk their existence in national politics.

Visiting the Jessore-Khulna Highway this morning the minister said BNP cannot avoid the polls as it may further squeeze the party’s position in the political landscape.

“We have asked them several times to take part in the elections, we did not want to conduct any polls without competition. But they have pushed it to an adverse condition”, he said.

“They (BNP) had created a critical condition by stepping back at the last moment from participating in the January 5 polls. But legally the polls can’t wait for anyone, there is no scope to disrupt the journey of democracy,” the AL general secretary added.