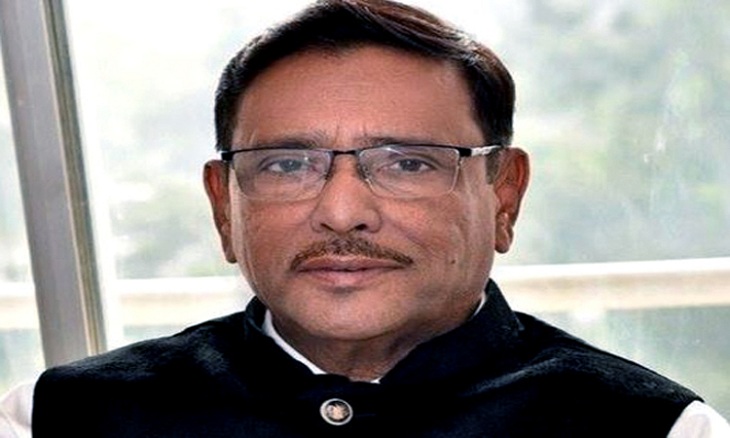 Awami League General Secretary and Road Transport and Bridges Minister Obaidul Quader today said intruders and controversial persons will not get any place in any committee of the party.

“We have a list of intruders and controversial persons. They are under surveillance. They will not be included in any committee of the party,” he told a press conference at the AL president’s Dhanmondi political office here.

Terming the intruders ‘enemies of the party’, Quader urged the AL leaders and workers not to bring any controversial person in the party only to increase the number of party men.

He said councils of all date-expired committees of the AL are being held across the country.

Preparations are going on to hold the councils of date expired committees of district, upazila, thana and ward level units of AL and associate bodies, including Awami Jubo League, Swechchhasebak League, Krishak League and Sramik League before the national council of AL on December 20-21, he added.

The AL general secretary said AL committees will be formed comprising experienced and young leaders to make the party stronger and well-organized.

He said fresh committees have already been formed in 30 organizational units and dates of councils for 27 more units have been announced.

The minister said Prime Minister Sheikh Hasina’s steps of carrying out drives against terrorists, corrupts, extortionists and land grabbers have earned appreciation at home and aboard.

Quader said, during the BNP regime, all criminal activities were carried out from ‘Hawa Bhaban’. No steps were taken against any BNP leader or worker, he added.

The AL general secretary said Sheikh Hasina has taken steps against own party leaders. She has set an example by taking steps against terrorism, corruption, extortion and drug peddling, he added.

About BNP Chairperson Begum Khaleda Zia’s treatment, Quader said it is the duty of the medical board to examine her health. Physicians chosen by BNP are also in the board, he added.