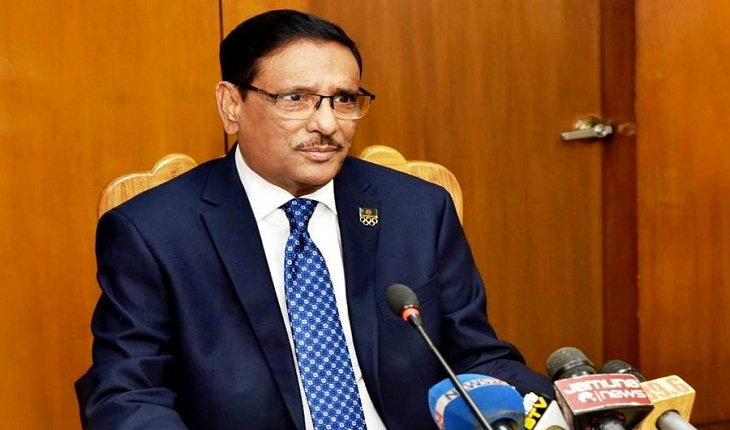 “We will have to cooperate with Prime Minister Sheikh Hasina as she has initiated anti-graft drives from her own house (AL),” he told the 3rd national council of Awami Swechchhasebak League at the historic Suhrawardy Udyan.

With the playing of the national anthem, the national flag and the organization’s flag were hoisted on the occasion. Singer Momtaz Begum performed a song in the function.

Quader said the government under the dynamic leadership of Prime Minister Sheikh Hasina is turning the country into poverty- and beggar-free one.

The AL general secretary said Sheikh Hasina is the name of an honest politician and skilled statesman and diplomat in the country.

He said Sheikh Hasina does not do election-centered politics rather she works for changing the fortunes of the future generation.

Marking the council, hundreds of leaders and workers started gathering at the Suhrawardy Udyan since morning. The council venue wore a festive look. A boat-shaped stage was built at the venue to hold the council. Boat is the election symbol of Awami League.