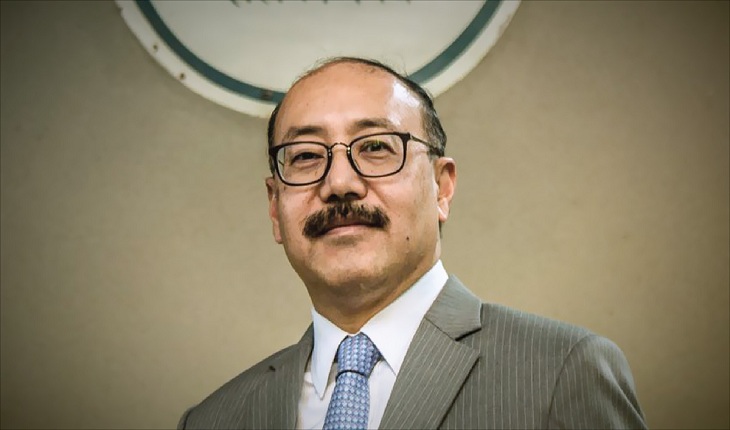 Highlighting the "most extensive and integrated" relationship between the two countries, Indian Foreign Secretary Harsh Vardhan Shringla on Monday reiterated that the NRC and Citizenship Amendment Act (CAA) will have no impact on Bangladesh.

"These are purely internal to India," he said while delivering the keynote speech at a seminar on "Bangladesh and India: A Promising Future" at Sonargaon Hotel in the city.

He laid emphasis on water sharing issues and protecting the secular values.

He also sought long term solution to all the problems between the two countries.

Shringla said the great poet-philosopher, Kazi Nazrul Islam, once wrote “We all share happiness and sorrow equally.” "This noble emotion must motivate us as neighbours, to recognize that both sorrow and happiness do not respect borders or passports: in this globalized era, they arrive equally at everyone’s doorstep."
He said their approach to Bangladesh will always be characterized by this sentiment. "And I trust that our Prime Minister’s visit later this month will fully exemplify India’s strong sentiment of goodwill, trust and respect for Bangladesh."

Indian Prime Minister Narendra Modi has been specially invited to participate in the inaugural ceremony of Mujib Barsho later this month.

"We are looking forward to this visit, both because of the priority the Prime Minister attaches to this relationship, and even more so, because Bangabandhu is just so iconic – as a globally-recognized statesman and iconic symbol of liberation for Bangladesh and for our subcontinent. For us in India, there is a special resonance to his name. He is as revered and as remembered in India, as he is here in Bangladesh," he said.