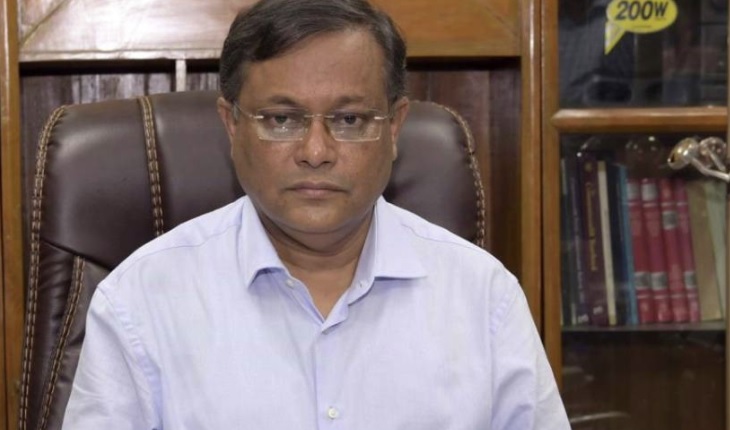 Information and Broadcasting Minister Dr Hasan Mahmud today said the country would reach its destination dreamt by Father of the Nation Bangabandhu Sheikh Mujibur Rahman by overcoming all conspiracies and obstacles of evil forces under the dynamic leadership of Bangabandhu's daughter Prime Minister Sheikh Hasina.

"We firmly believe that we will reach the destination dreamt by the Father of the Nation breaking all the barriers of conspiracies, trampling all evil forces and removing all obstacles under the leadership of Prime Minister Sheikh Hasina," he told reporters.

The minister stated these after placing wreath on the portrait of Father of the Nation Bangabandhu Sheikh Mujibur Rahman along with Awami Leaders at Dhanmondi 32 in the capital.

Hasan, also AL joint general secretary, said Bangladesh left behind Pakistan in all indexes and this is the success of Bangabandhu's daughter Prime Minister Sheikh Hasina in running the country.

But, he said the evil forces and their collaborators who didn't want the independence of the country are still now active in hatching conspiracy even after the 50 years of the independence.