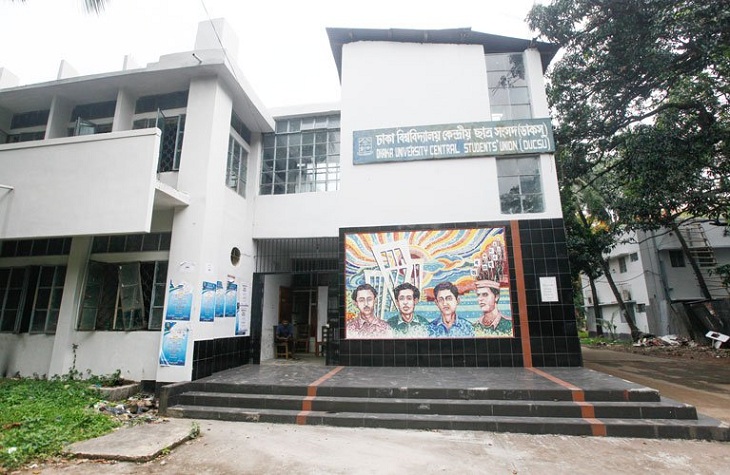 A proposal to this end was unanimously adopted at the DUCSU executive meeting this afternoon. DU Vice-Chancellor and DUCSU President Dr Md. Akhtaruzzaman presided over the meeting.

“The decision on the ban of religion-based political organisations on the campus was unanimously adopted and called for addition of clause in this regard to the DUCSU constitution.

“The meeting also urged to formulate directives to pass the decision on the university’s Senate and Syndicate meetings,” said a press release.