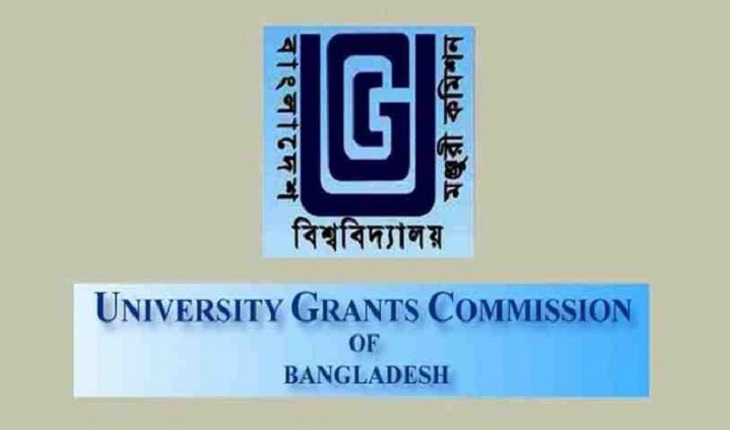 In its 47th annual report to the government, the UGC suggested formulating a policy to introduce a unified test for students vying for a seat at the private universities in Dhaka.

A delegation, led by UGC Chairman Professor Kazi Shahidullah, presented the report to President Abdul Hamid at Bangabhaban on Sunday.

Maria Akter, an admission seeker, told UNB that she plans to study at a private university if she fails to get into a public one.

She explained that going to every private university and sit for separate entry tests would be a waste of time and money.

"The cluster system will help me find a private university easily. It’ll save a lot of hassle," she said.

Admission seekers as well as their guardians welcomed the UGC recommendation.

Rabbil Bhuiyan from Rangpur, whose daughter is an admission seeker, told UNB that it is a matter of relief for people like them.

“It’ll be really helpful if the recommendation is executed,” he said.

“I’m not in a position to roam around the city going from one university to another for my daughter’s admission nor can I leave my daughter on her own in the city since it’s not safe. I hope the authorities concerned will consider the issue very seriously," he said.

Chairman of the Association of Private University of Bangladesh (APUB) Sheikh Kabir Hossain told UNB that this will be a very welcoming initiative for the private universities if it works properly.

"We haven’t been formally informed about this. But it’s a positive approach from UGC. It’ll help all universities to get students proportionately. Students can also admit themselves considering the standard of the universities," he said.

Hossain hoped the UGC would sit with them to set the forms and formalities of the cluster system before introducing it.

“It’ll be fruitful if most of the universities participate in the system. The UGC will have to come up with an acceptable formula," he added.

UGC Chairman Professor Shahidullah told UNB that the 47th annual report made some recommendations on the current situation, problems, and solutions at public and private universities.

The introduction of a cluster system in private is one of them, he noted.

Prof Shahidullah said UGC has been trying to arrange a cluster system admission test for a long time to put an end to the suffering of admission seekers and their parents. “This time, it was possible for coronavirus outbreak,” he said.

A centralized admission test will come as a relief to the aspirants and their guardians. “We made the recommendation considering these issues,” the UGC chairman said.

The UGC sat with public universities in March and decided to go with the cluster admission test system for the academic year 2020-21 even after top universities refused to accept the uniform admission system.

The decision was taken at a meeting between UGC Chairman Shahidullah and vice-chancellors of 34 public universities, at the UGC office in Dhaka.

But VCs of Dhaka University, Jahangirnagar University, and Rajshahi University did not take part in the meeting.

In a handout on Dec 1, the UGC said 19 general, science, and technology universities are scheduled to hold admission tests for the 2020-2021 academic year under the cluster system.

The decision was taken at an exchange meeting with the VCs of the respective universities held at Jagannath University.

Dhaka University, Bangladesh University of Engineering and Technology (BUET), Jahangirnagar University, Rajshahi University and Chittagong University will not join this cluster admission system because of their previous refusal.

English version to be launched in govt primary school

Covid-19 in Bangladesh: Closure of educational institutions extended up to Feb 14