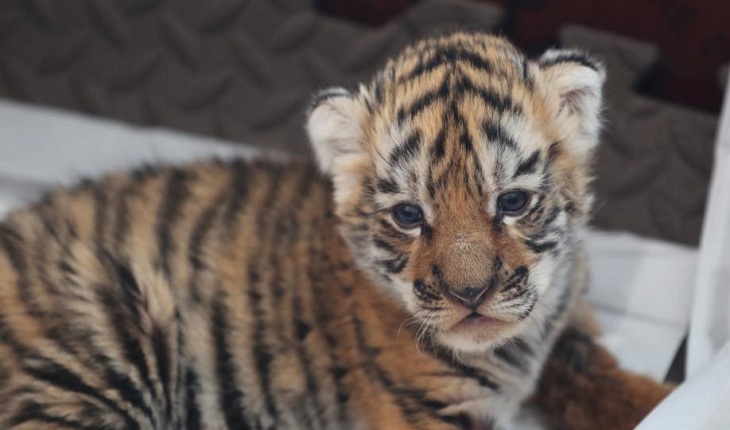 Since it was established as China’s first national park for the endangered species in 2017, the park has seen 10 wild Siberian tiger cubs newly bred, said Liang Zhuo, a veteran tiger expert.

He said he now worries about his personal safety when making field trips to the park as the number of the big carnivores has increased.

Spanning an area of over 1.46 million hectares in the provinces of Jilin and Heilongjiang, the park covers long stretches of mountain forests.

The 10 tiger cubs were born to the original 27 wild Siberian tigers living in the area. The habitats of the endangered species are mostly distributed in the Russian Far East and the northeast China region.

China has been intensifying the efforts to save the wild animals through the protection of their natural forest habitat, including the introduction of a logging ban in 2014.

The national park bordering Russia and the Democratic People’s Republic of Korea has created a natural corridor for the wild species to traverse, said Liang.

The national park administration has set up infrared cameras to monitor the activities of the wild animals. Wardens make regular patrols in the park and replace batteries and memory cards in the cameras.

With the protection efforts, the number of black bears, wild boars, roe deer and other animals in the mountain area has also increased. The park administration found the density of wild boar in 2018 was 1.91 per square km, an increase of 1.34 over 2011. Wild boar and deer are the staple food of wild Siberian tigers.

Jiang Guangshun, executive deputy director of the Feline Research Center of the National Forestry and Grassland Administration, said tigers are at the top of the food chain. The tiger’s revival suggests that the food chain is complete in the national park with forest resources being restored.