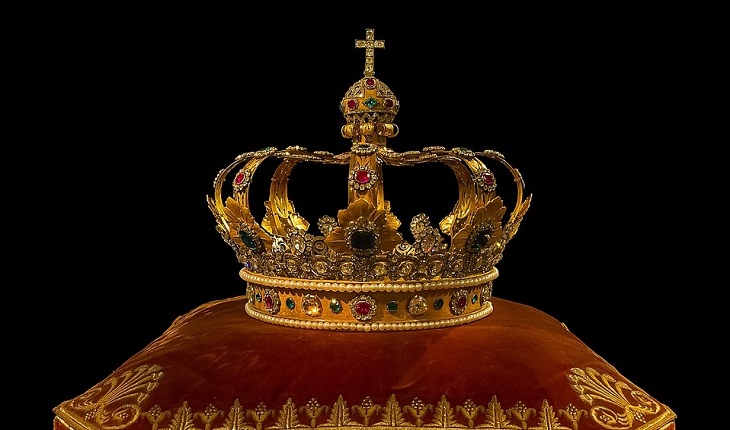 Swedish prosecutors say a person has been arrested over the theft of priceless treasures from the Swedish royal regalia, including a jeweled crown, from a cathedral where they were on display.

Sweden's Prosecution Authority said Thursday the suspect was arrested a day earlier but that none of the regalia — two crowns and an orb used by King Karl IX and Queen Kristina — had been recovered.

No further details were available.

It is believed two men stole the artifacts, dating back to 1611 and made for the royals' funerals, from the Strangnas Cathedral west of the capital on July 31 where they were on display. The thieves then fled by motorboat via the vast system of lakes west of Stockholm.