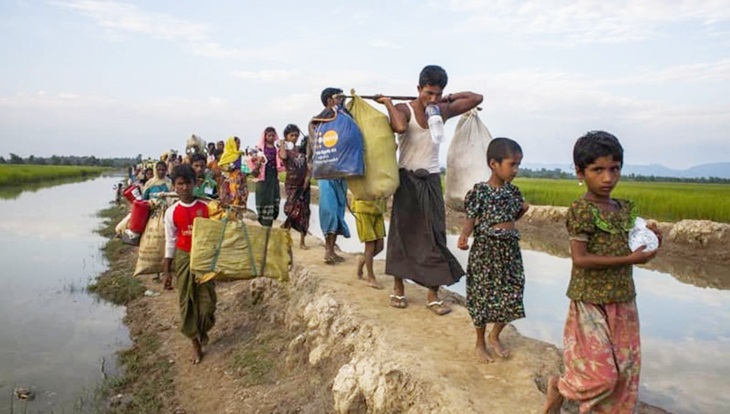 Switzerland has reiterated that all efforts towards resolving the Rohingya crisis must be guided by respect for obligations under international laws, particularly human rights law.

The country has also called for full implementation of the recommendations stipulated in the final report of the Advisory Commission on Rakhine State to resolve the Rohingya crisis.

“Switzerland together with the international community will continue to work closely with Myanmar and Bangladesh,” Ambassador Raphael Nageli, the Assistant State Secretary for Asia-Pacific of the Federal Department of Foreign Affairs of Switzerland, told UNB in an interview.

He said they want to see that the safety and protection of the Rohingyas people and their voluntary return in safety and dignity are addressed in an “effective and comprehensive” manner.

Ambassador Nageli said Switzerland commends the government and the people of Bangladesh for the assistance and protection offered on humanitarian grounds to those who fled from violence in Myanmar, despite various socio-economic and political challenges.

Bangladesh is now hosting over 1.1 million Rohingya population and more than 700,000 Rohingya people took shelter in Bangladesh since August 25, 2017, according to officials in Dhaka.

“The needs in the (Rohingya) camps are still very high,” he said sharing his Rohingya camps visit experience. He along with his colleagues visited Rohingya camps on April 1.

Responding to a question, he said Switzerland, which was one of the first countries to respond to the latest crisis with humanitarian assistance, stands by Bangladesh firmly during this difficult period.

Since 2017, Switzerland has committed more than US$30 million in humanitarian aid to alleviate the sufferings of the Rohingya people as well as the host communities.

Besides financial contributions and direct action support, Swiss experts are supporting the UN agencies and NGOs on the ground in Cox’s Bazar.

Ambassador Nageli said Switzerland has a strong commitment to stay engaged with Bangladesh and the affected Rohingya refugees through both humanitarian and development assistance.

Earlier on March 31, a five-member Swiss delegation arrived in Dhaka from Bern to participate in the consultations.

During their stay in Bangladesh, the Swiss delegation travelled to the Rohingya camps in Cox’s Bazar on April 1 to obtain a firsthand impression about the ongoing humanitarian crisis. Ambassador Nageli also visited Myanmar wrapping up his Bangladesh visit.

Rohingya repatriation through negotiations, not conflict with Myanmar: PM