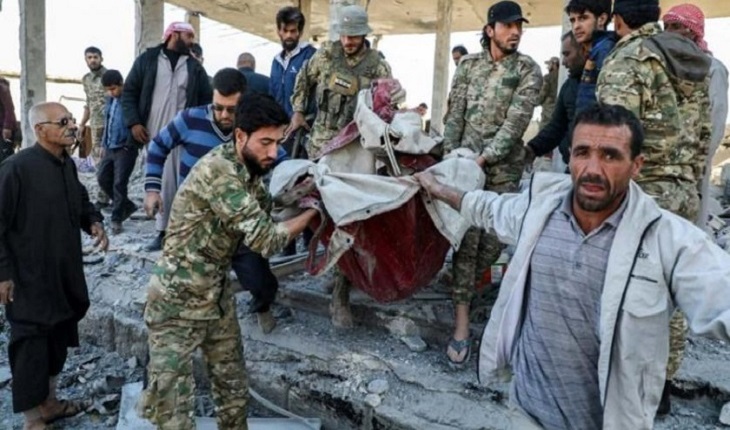 A roadside bomb killed at least nine pro-regime fighters Saturday on a bus in Daraa, the cradle of Syria's nine-year-old uprising, a war monitor said.

The attack in the village of Kihel in the southern province of Daraa also wounded 19 others, some of them critically, the Syrian Observatory for Human Rights said.

The casualties were members of a group of former rebels who surrendered at the initiative of regime ally Russia to form part of the army, Observatory head Rami Abdel Rahman said.

There was no immediate claim for the bombing, in a province that the Britain-based Observatory says is often rocked by attacks against loyalists and civilians working for the state.

In early May, unknown gunmen abducted and killed nine policemen in a rare attack on a government building.

Russia-backed regime fighters recaptured Daraa from rebels in 2018, in a symbolic blow to the anti-government uprising born there in 2011.

State institutions have since returned but the army is still not deployed in the whole province, the Observatory says.

Many former rebels stayed instead of evacuating under a Moscow-brokered deal, either joining the army or remaining in control of parts of the province.

The Islamic State group has in the past claimed attacks in the area. Last July, IS said it killed six soldiers at a checkpoint.
The jihadists lost the last scrap of their territorial "caliphate" more than a year ago, but retain a presence in Syria's vast Badia desert.

Syria's war has killed more than 380,000 people and displace millions since it started with anti-government protests in 2011.