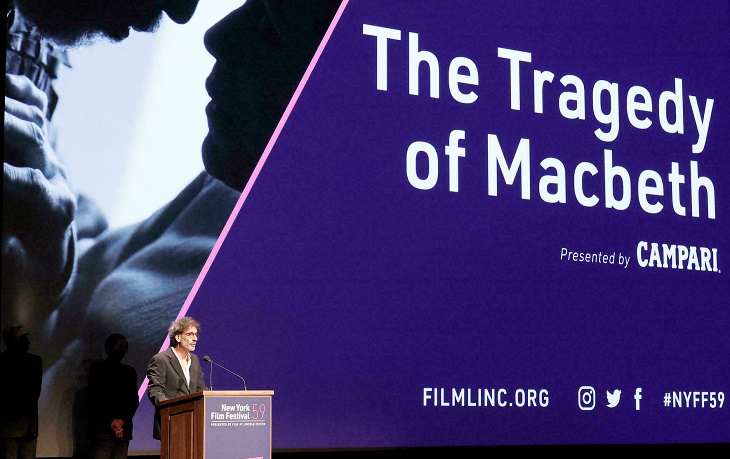 The American director Joel Coen speaks head of the premiere of his film "The Tragedy of Macbeth" at the New York Film Festival Arturo Holmes | Photo: Getty Images North America/AFP

Without his brother Ethan, but with cinema heavyweights Denzel Washington and Frances McDormand, American director Joel Coen took up the challenge of adapting Macbeth, producing a sleek film that remains true to Shakespeare's great text.

With "The Tragedy of Macbeth," which premiered on the opening night of the 59th New York Film Festival on Friday, Coen follows in the footsteps of Orson Welles, Akira Kurosawa, Roman Polanski, and other cinema greats who adapted the play for the screen.

"Macbeth is maybe the Shakespeare play that lends itself to the cinema the most," Dennis Lim, director of programming at the festival, told AFP.

"I think there's something about the structure, the pace, the action, and the themes."

Having won numerous awards, including Oscars for "Fargo" and "No Country for Old Men," the Coen brothers have worked across different genres, directing adventure films, comedies, and thrillers laced with black humor.

For this project, Joel Coen chose work with a long history and layers of meaning.

- VHS tapes -
Filmed in black and white, the play of light and shade is omnipresent, especially on the face of Macbeth, who is portrayed masterfully by Washington.

Coen cited Danish cinema masters of the 1920s and 1930s Carl Dreyer and German expressionism as inspirations for his interpretation of Macbeth.

The film's dialogues, which ring very to close Shakespeare's text, are rendered deftly by Washington and McDormand, both Academy Award winners.

"The first thing that got me hooked on wanting to be an actor for the rest of my life was the sleepwalking scene from the tragedy," McDormand told reporters Friday at the film's premiere.

"And I did it when I was 14, so I've pretty much been practicing rehearsing for 50 years," said the 64-year-old actress, who is married to Coen.

The film will also be screened at the London Film Festival in October and then released in theaters for a limited time on December 25 before being broadcast in January 2022 on the Apple TV+ streaming platform.

Asked about this strategy, which some contend spells catastrophe for the big screen, Coen said he and his brother owe their success in independent cinema to home video, relating it to TV.

"The reason we were able to have a career is that the studios at that point had an ancillary market that was a backstop for more risky films, which were VHS cassettes or all these home video markets, which is essentially television."