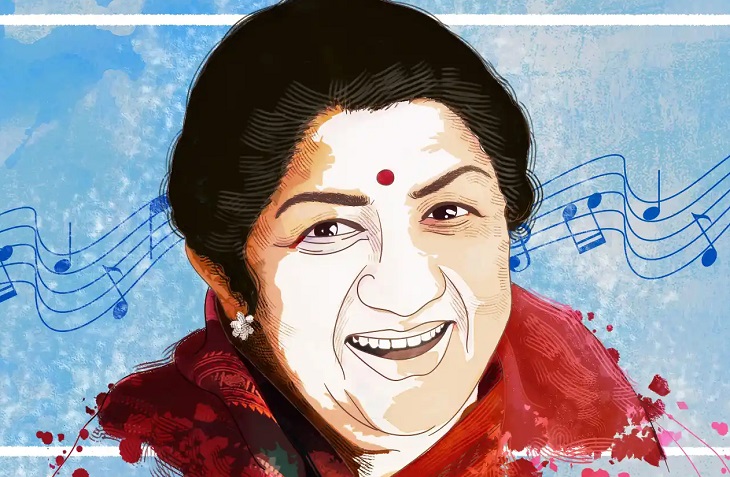 India will observe a two-day national mourning in memory of legendary singer Lata Mangeshkar, who breathed her last at Breach Candy Hospital in Mumbai this morning.

The national flag will fly half-mast for the two days as a mark of profound respect to the great singer, the government announced today.

However, her funeral will be held at 6.30 pm today with full state honour.

Prior to that, her body would be kept in Shivaji Park in Mumbai to allow public to pay last tribute to the legendary singer, media reports said.

Lata Mangeshkar popularly known as the Nightingale of India for her melodious voice passed away at 8.12 this morning at the age of 92 due to multiple organ failure.

“It is with profound grief that we announce the sad demise of Lata Mangeshkar at 8.12 am. She has died because of multi-organ failure after more than 28 days of hospitalization post Covid-19,” according to a statement issued by the hospital after her death.

She was admitted to the hospital in first week of January after being diagnosed with pneumonia and coronavirous.

On Saturday, Dr Pratit Samdhani of Breach Candy hospital, who was treating, had performed certain procedures and said that she was tolerating them well, but later her condition deteriorated.

Mangeshkar had lung ailments two and a half years ago and was treated. She used to take oxygen support often at home.

Besides, tributes have been pouring in following the death of legendary singer Lata Mangeshkar.

Born on September 28, 1929 in Madhya Pradesh, Lata Mangeshkar took to signing in 1942 at an age of 13. In a career spanning over seven decades, the melody queen recorded songs for over a thousand Hindi films. She had sung songs in over 36 regional Indian and foreign languages.

The acclaimed singer was awarded the highest civilian award “Bharat Ratna” in 2001 in recognition of her contribution to the musical arena. She was only the second vocalist after MS Subbulakshmi to receive “Bharat Ratna”. She was also honoured with the Padma Vibhushan and Padma Bhushana and three National film awards.