Bezos tells Khashoggi's fiancée , 'You are not alone' 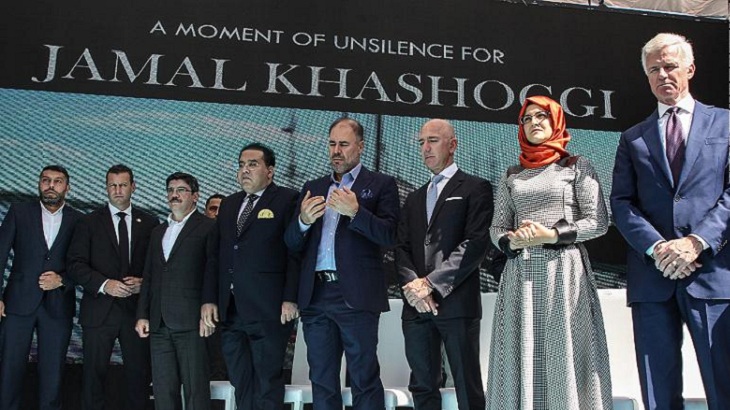 Since Saudi journalist Jamal Khashoggi's brutal killing last October, many have been in grief -- none more than fiancée Hatice Cengiz.

At a ceremony marking one year since the Washington Post columnist's death, Jeff Bezos -- Amazon CEO and owner of the Post -- offered some comforting words for Cengiz.

"No one should ever have to endure what you did," he said in front of a crowd gathered near Saudi Arabia's consulate in Istanbul. That's where Khashoggi was allegedly killed and dismembered, on October 2, 2018, by men with close ties to the highest levels of the Saudi government.

"Right here, where you are, you paced that street for hours, pacing and waiting. And he never came out. It is unimaginable, and you need to know that you are in our hearts. We are here and you are not alone," he said.

When Bezos was done, the two hugged, and then Cengiz took the stage. She called Khashoggi her "best friend" and the "love of my life," and said he had always called for "better conditions for people in his country."

In last words, Khashoggi asked killers not to suffocate him