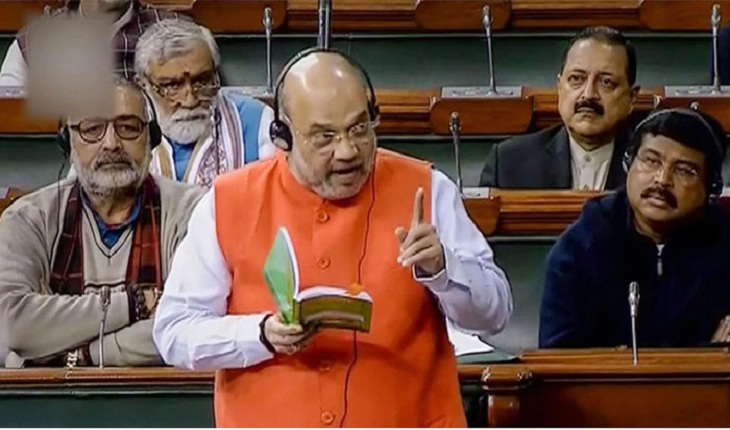 The Lok Sabha of India has passed the Citizenship Amendment Bill on Monday after nearly 12 hours of heated discussions, with 311 voting in support and 80 against.

Union Home Minister Amit Shah, who introduced the bill, had earlier rejected the opposition's claim that it violates the constitution's core principles of equality by saying that it was not even "0.001% against India's minorities".

He also questioned the Congress' right to dub the bill as discriminatory when it is the very party that "divided India on the grounds of religion" during the 1947 partition.

Opposition parties have spoken out against the bill because it proposes to expedite the citizenship process for "minority migrants" from Pakistan, Bangladesh and Afghanistan, leaving those from the Muslim community out of its ambit.

However, Union Home Minister Amit Shah has said that neither minorities nor residents of the Northeast need to fear the Citizenship Amendment Bill.

"Delighted that the Lok Sabha has passed the Citizenship Amendment Bill, 2019, after a rich and extensive debate. I thank the various MPs and parties that supported the bill. This bill is in line with India's centuries-old ethos of assimilation and belief in humanitarian values," he tweeted.

Amit Shah had said that neither Muslims nor those from the Northeast should fear the bill because it only aims to help minority migrants. "Lakhs and crores of such people have been suffering without homes, education and hygiene," he said.

Rejecting the allegations that the bill was anti-Muslim, Amit Shah claimed that it has the endorsement of 130 crore citizens.

"The Citizenship Amendment Bill does not include Muslim migrants from Pakistan, Bangladesh and Afghanistan only because they are not minorities there. It's as simple as that," he said.

Babri mosque verdict should not be seen as matter of victory or loss: Modi