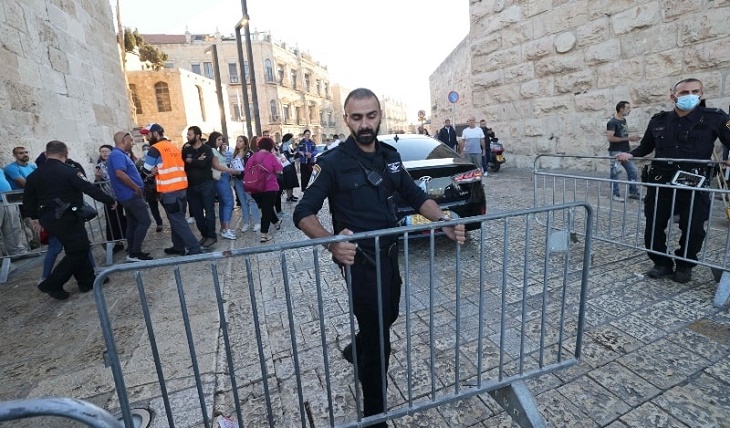 Israeli police put up barricades outside the Al Aqsa mosque after a woman was fatally shot in Jerusalem's Old City on September 30 | Picture: AFP

According to a police statement, the attacker, armed with a "sharp object", attempted to stab police in one of the streets leading to the Al-Aqsa mosque, where an AFP journalist heard gunshots and saw the body of a woman on the ground, later draped in a survival blanket.

If any Bangladeshi flies to Israel, they would be penalized, said foreign minister