People to reject anti-liberation forces in next general polls: Quader 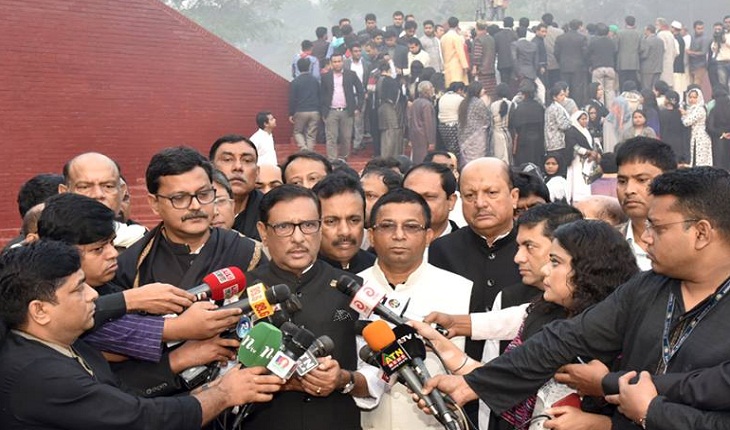 Awami League (AL) General Secretary Obaidul Quader yesterday said the people of the country would reject anti-liberation forces in the next general election.

"The next general polls will be held in the month of December in 2018... We hope the people of the country will refuse communal forces," he made the comment after paying tributes by placing wreaths at the portrait of the Father of the Nation in front of Bangabandhu Memorial Museum at Dhanmondi here.

He urged leaders and activists of the party to take preparation for the next general polls.

PM sure of AL victory in next election