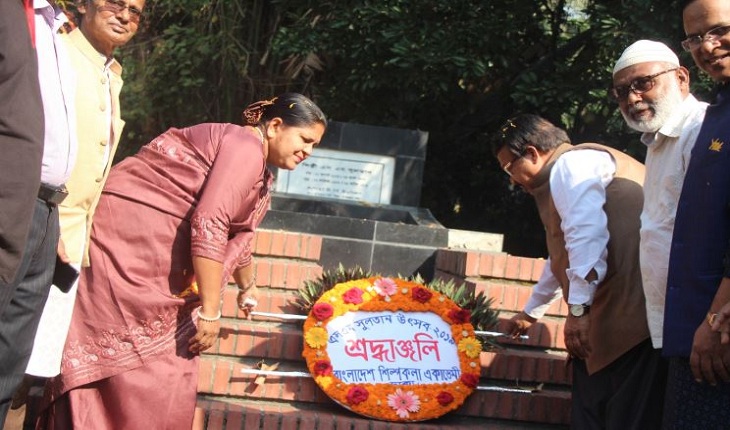 Two-day SM Sultan Utsab-2019 began on Saturday in the midst of festivities at the premises of the Zila Shilpakala Academy in Narail's Rupganj.

The festival started at 8:00am in the twon with children's art competition.

The festival will be held on the first day of the course, featuring art competition, folk song presentation, poetry recitation, and a documentary film screening on the life and work of SM Sultan.

On the second day, the city's Zila Shiplakala Academy will hold a debate program and cultural activities on the open level.

On the second day, an acrobatic demonstration will take place.