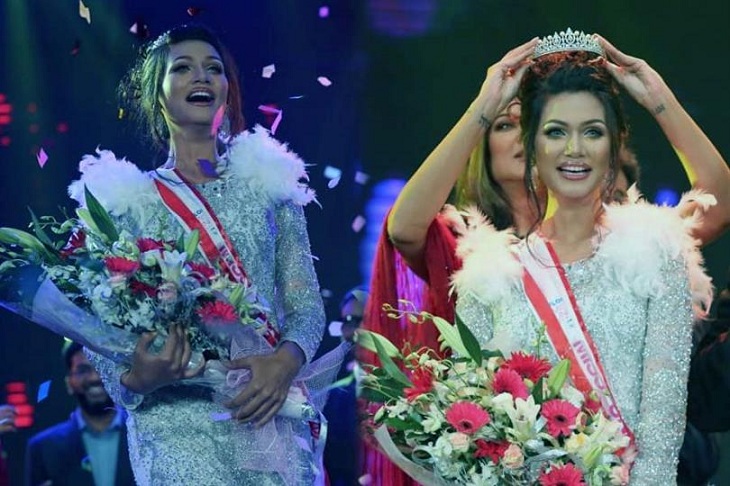 Shirin Akter Shela has been crowned Miss Universe Bangladesh 2019 at the grand finale of the first-ever competition in the country.

Bollywood actress Sushmita Sen crowned her in front of an excited crowd in Dhaka last night at the International Convention City Bashundhara in Dhaka.

Alisha Islam and Jessia Islam have respectively become the first and second-runner up in the grand finale.

Miss Universe Bangladesh has been organised for the first time in Dhaka, Bangladesh.

The journey began when its registration started in July 2019.

Mentionable, the winner Shela will represent Bangladesh in the main event of 63rd Miss Universe competition, to be held in the United States this December.

Bangladesh will participate in the main event of the competition for the first time.