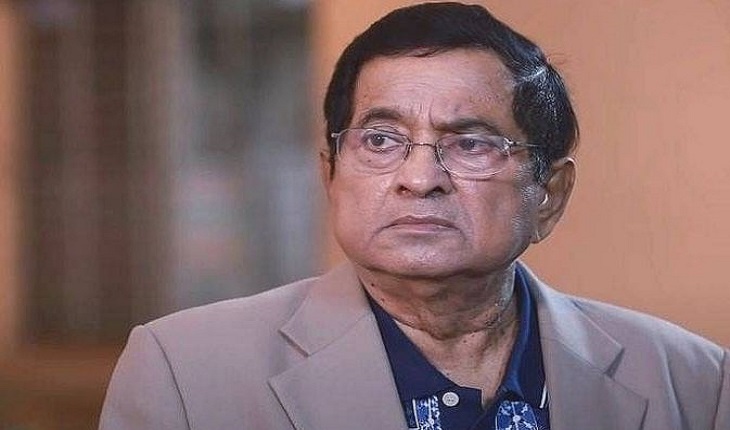 On Saturday morning, the renowned actor Abdul Kader died in a hospital in the capital.

At about 8:20 am at Evercare Hospital, he breathed his last, the actor's daughter-in-law, Zahida Islam Jemi, said.

For some time, the actor had been feeling unwell and was taken on December 8 to Chennai for treatment. On December 15, he was diagnosed with cancer. Doctors felt he was too frail to undergo chemotherapy.

Later, on December 20, he returned from Chennai's Christian Medical Hospital to Dhaka and was admitted to Evercare Hospital.

From 3:00pm to 4:00pm, his body will be held at the Bangladesh Shilpakala Academy (BSA), where people from all walks of life will pay tribute to the veteran actor.

Later, he will be buried in Dhaka at Banani Graveyard.

Abdul Kader, who was born in 1951 in the Sonarang village of Tongibari Upazila in Munshiganj, received his Honors and Masters from the Department of Economics at the University of Dhaka.

He was the drama secretary for Dhaka University's Hazi Muhammad Mohsin Hall Student Association.
In the drama "Dakghar" written by Rabindranath Tagore, Kader began his acting career by playing the role of Amal. In 1972, he began acting in television dramas.

Abdul Kader is best known for playing "Bodi" in the iconic drama series "Kothao Keu Nei" by Humayun Ahmed and "Dulabhai" in another popular "Nakshatrer Raat" drama by Humayun Ahmed.

Kader had been consistently active on television since the 90s as a comic actor and had also been a regular cast as well as a regular cast.

Mama" on the "Mama-Vagne" segment along with actor Afzal Sharif on "Ityadi," the most popular magazine show in the nation, by Hanif Sanket."

Kader was also a prominent actor and an executive director of the Theatre Drama Troupe.

In the eighties, in addition to acting, Abdul Kader also worked for Bata Shoes for several years.