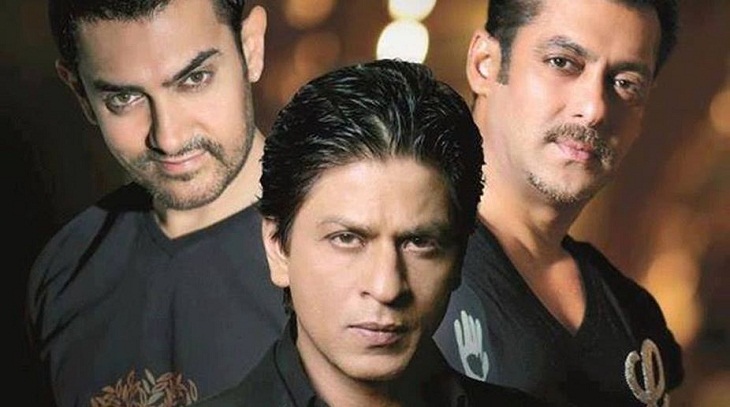 Is this the end of an era? Two of the most anticipated movies of 2017, Tubelight and Jab Harry Met Sejal, reportedly have failed to deliver at the box office!

The three Khans of Bollywood, Salman Khan, Aamir Khan and Shah Rukh Khan, who have ruled Bollywood for more than two decades, face the moment of truth as fans and critics alike are not impressed with what Salman and Shah Rukh had to offer with their movies and Aamir's Secret Superstar is yet to meet the fans and critics. Is it time for the Khans to pass on the torch to the next generation!

Besides the loyal fan following and impressive performances over the years, the Khans are now under critical review from the fans and critics as Tubelight and JHMS didn't live up to the brand name of its lead actor and underperformed at the box office as compared to their 'Khan' title in the Indian cinema.

Trade analyst Taran Adarsh reviewed Jab Harry Met Sejal in just one word as "unimpressive" with strong performances from the lead pair but illogical screenplay! The film collected Rs.15.25 crore on its opening day which is way less than SRK's Happy New Year's opening day which collected Rs.36.30 crore! JHMS has collected Rs.52.90 crore so far with the breakdown figure being Friday: Rs.15.25 crore, Saturday: Rs.15 crore, Sunday: Rs.15.50 crore and Monday: Rs.7.17 crore. The case is even worse for Salman, given the courtesy to his huge fan following in the domestic circuit!

Tubelight was released during Eid, a festival which Salman reserves for his films which in turn creates history at the box office. But the same can't be said for his latest film! Tubelight was labelled as "disappointing" with solid star power by Taran Adarsh as the movie collected Rs.21.15 crore on its opening day, which is very less compared to Salman's own films released earlier! The film had a disappointing weekend as it collected Rs.64.77 crore, which is not at par with the weekend collection of his other movies such as Bajrangi Bhaijaan: Rs.102.60 crore and Sultan: Rs.180.36 crore (Extended weekend).

With Aamir's Dangal being an exception because of the content and the collections in China, which set benchmarks for foreign movies releasing there. The Khans face the music about their movies as the audience is also going towards content driven movies with some intriguing factor. For both Tubelight and JHMS, the fans and critics focused their review on the screenplay and vague plot.

These superstars have their own aura, which made them rule Bollywood for 20 plus years! But is it time, is it the end of an era for the Khans? With Aamir's next releasing on October 18, and Salman's Tiger Zinda Hai releasing this Christmas, the future of the Khans is yet to be known. But if the scenario for their upcoming films is still the same then all the three actors need to work on something, which is out of the box, in order to continue their dominance in Indian cinema.

Abdul Kader will live in the hearts of the people: Prime Minister